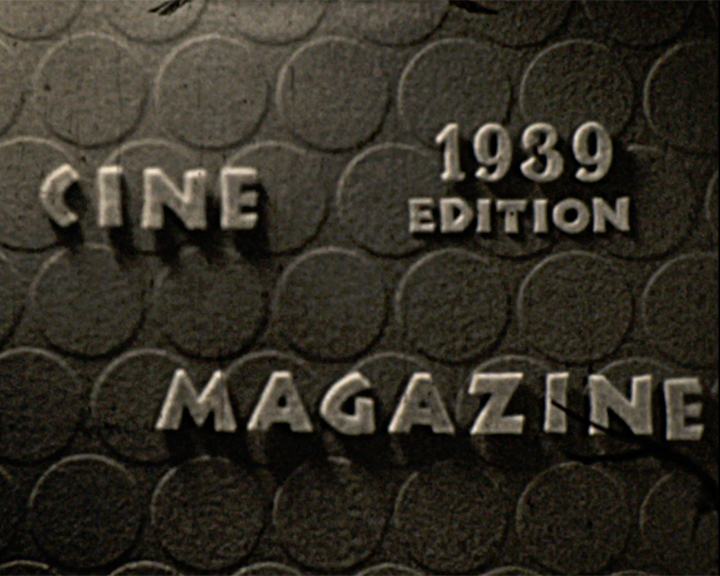 Intertitle: Being a collection of items from here and there.

A short clip of film showing Herne Bay & Whitstable coastline from a train.

A day is spent in London.

Buckingham Palace is the focus with various vehicles driving around the monument in front of the Palace. The bands are leaving the Palace and marching off. The large gates at the entrance to the palace are then closed with lots of people watching the parades. Looking towards Admiralty Arch, vehicles are driving along The Mall, also soldiers on horses are parading.

The Zoo is visited.

Views of the animals and enclosures at London Zoo in Regents Park. The public, and some of the zoo's keepers interact with the animals including: Elephants, Camels, Tigers, Flamingos, Penguins, Pandas and a baby Panda named 'MING', also Sea Lions and Polar Bears.

The Port of London, A liner departs for the Near East.

A Steam Liner and other boats are on the River Thames. Passengers mill around on the boat before it departs. There are many other boats and crafts on the river.

Here is the Great Western Railway station in Leamington Spa. The High Street and The Parade with local people shopping. The Jephson Gardens, and a sign at the entrance advertises that Jan Berenska's Orchestra will be playing in the gardens at 3.15pm and 8pm on that day. Crowds are leaving by this gate.

A few miles distant - The village of Long Itchington.

The Holy Trinity Church and some surrounding cottages and houses can be seen in this picturesque village, also a large 16th century Tudor house. Some local villagers, a man with one leg using crutches walks past the village pond.

Shakespeare's house and the gardens where he played when he was a young boy. The new Memorial Theatre, where annual festivals of his plays occur. Next to this on the left is the remains of the old Theatre. The River Avon in Stratford with many people enjoying trips on all sorts of pleasure craft on the river. The 'Tudor House' in Ely Street, and 'The Old Bank' (established 1810).

The River Stour somewhere outside of Canterbury. Reculver Towers, with a car travelling towards on Reculver Lane, a local farm & its buildings in the background.

Surely few Counties are prettier than the Kent orchards in blossom time.

The local orchards are in full blossom. John Clague is briefly relaxing here while smoking a cigarette before walking off. A farmhouse and other buildings are seen here.

Views of local houses in the village of Chestfield, including the Oast house, and next door to this is The Barn, a thatched building on Chestfield Road which advertises Luncheons and Teas.

Tunbridge Wells, Some shots of the surrounding district.

The countryside and a lake or reservoir near to Tunbridge Wells. Three people are standing by a gate, two of them are holding flowers, the caption before this says 'Oh-h. What a Whiff!'.

Here is a local farm, its farmer and workers carrying out the task of sheep dipping.

Paper in the making, taken at Lloyds Mill of Sittingbourne.

Wood is pulped and pressed. The large machinery is in the process of pulping wood to make paper. Here is the finished rolls of paper, over 8 miles of paper on a roll. It is the largest machine in the world. A group of people are celebrating outside the Mill with a beverage (Sherry & Beer).

A day trip to Ostend, leaving Margate on the 'Royal Sovereign'.

The 'Royal Sovereign' passenger ferry sets sail and arrives at Ostend harbour. Passengers disembark from the ship. A few streets, shops and open-air cafés are seen. Also the famous 'Kursaal', and the Clock of Flowers. Many local people and visitors are on the packed beach. A local stall holder chats to a friend. Finally the ferry departs Ostend for the journey home.