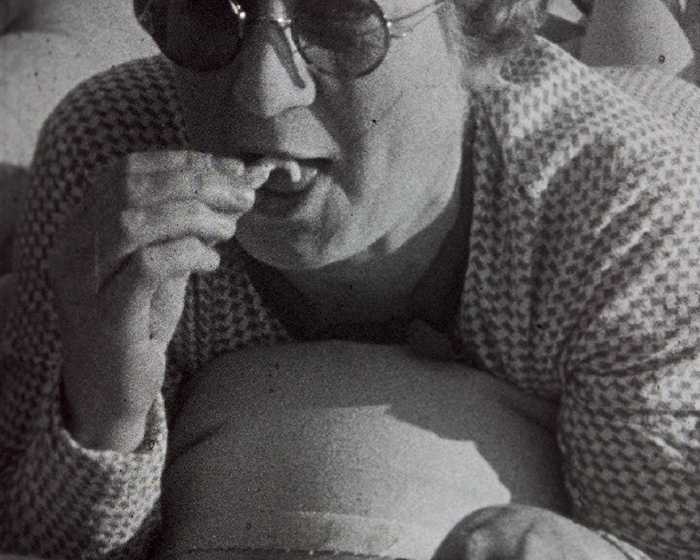 On the beach at Westgate in Thanet, a woman is seen lying on the sandy beach next to a pile of deck chairs which have been covered with a tarpaulin. In the background is a man digging a hole in the sand. A row of canvas changing huts stand on the beach and behind them are some wooden huts. Friends arrive and take some deck chairs to sit on. They are all fully clothed. Then a group of four women arrive on the beach wearing swimwear. They, together with a couple of men, play ball on the sand. The group play about on the beach, one woman attempting to take an inflatable bed from another. A man arrives carrying some bags of seafood, which they all eat.

A sign shows two hearts joined together with an arrow through them and the words Monica and Jim. A hand appears and lifts a veil and tiara and a silk dress. Outside a church, people arrive for a wedding. The vicar arrives leading the bride with her father into the church. A clock face is shown with the time 1.35 showing and then the hand races around until 2.10. The front of the church is shown, the guests are seen outside and the bride and groom emerge from the church and flower petals are thrown over them. The bride and groom enter a car and are driven away and the next shot shows them arriving at a house in Ethelbert Road Canterbury. Then a sequence of shots show people getting out of their cars in Ethelbert Road. A final shot of the sun over the beach is followed by a title image with a stork (?) on a nest and the words 'The End'. 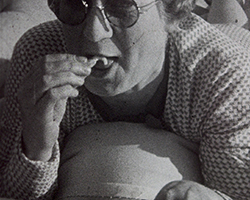