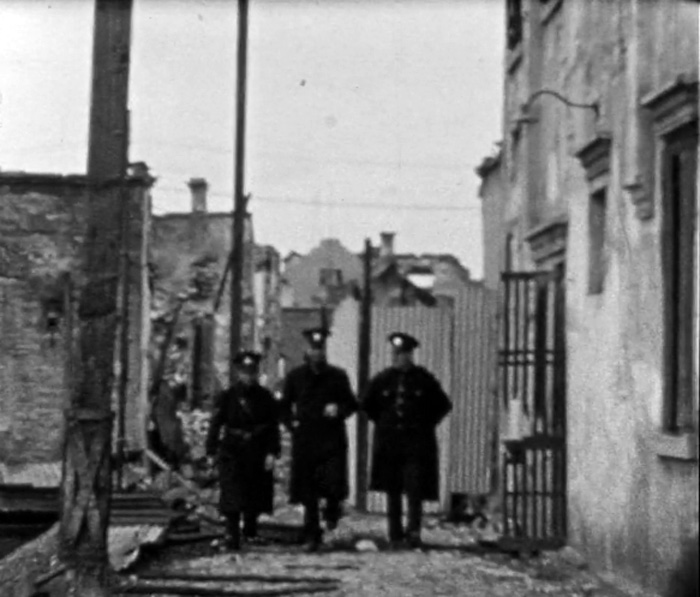 Scenes of events and activities in the city of Shanghai begin with a parade, horse racing and a group sitting having a picnic (?). Scenes of fishermen at work are followed by family Christmas scenes showing a man holding children and a woman playing with children by a Christmas tree. Scenes of bombed out buildings show the destruction caused by Japanese air-raids on the city. Men in Shanghai Municipal Police uniforms are seen visiting bombed parts of the city. Further scenes of parades, bomb damage and children at play are intercut. An event involving Scouts (?) is followed by a car display, a football match, laundry being hung out and sports events.