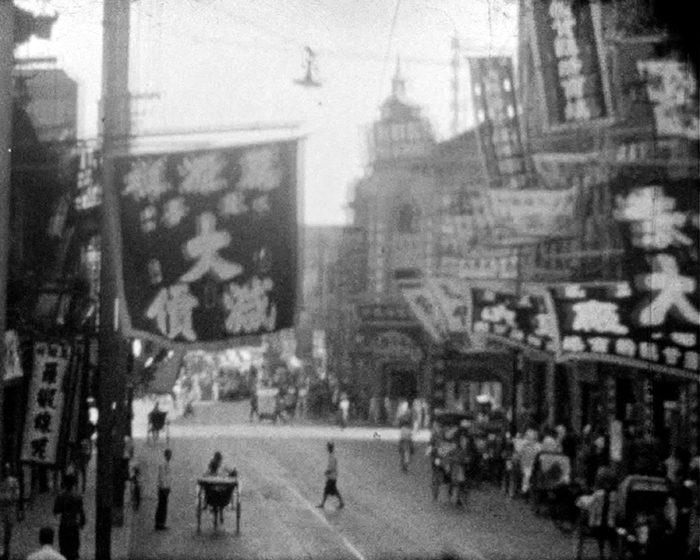 Starting with scenes in Japan, this film relocates to Shanghai where westerners can be seen at a beer festival with members of the Japanese military. This is followed by a duck shoot, dog racing and a dragon procession. Two cyclists dressed as aircraft bearing Chinese nationalist flags pass by. Another duck shoot takes place in the waters surrounding Shanghai. The film ends at Shanghai's racecourse with the city in the distance.