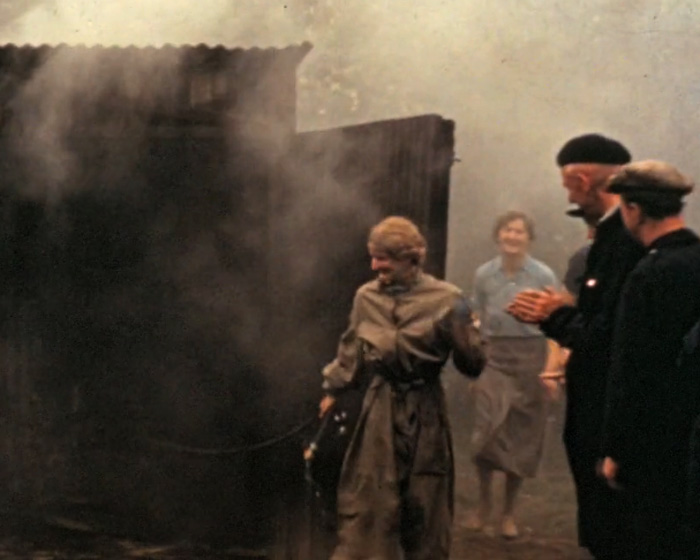 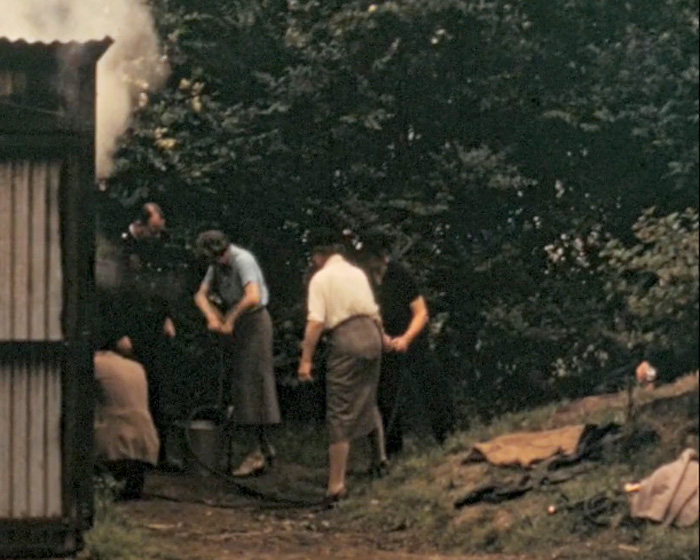 In a demonstration of evacuation techniques, the film shows a man being lowered from a building using a rope cradle. A tin shed is then opened and smoke bellows out. The door are opened again, and rescue demonstration taking place - a man crawls out with another person hanging on to him.

Another man is shown giving a talk, he is holding an incendiary device in his hand. The metal shed is filled with straw and furniture. Once set alight with the incendiary, a person uses a hose to put out the fire. A woman wearing overalls and goggles craws into the smoke filled shed, taking the hose in with her. A group of women practice using the stirrup pump outside the shed, and another woman emerges from the smoke filled enclosure to applause from the onlooking men.

Different rescue techniques are then shown: first a technique for carrying an injured person while kneeling close to the ground and another making a knotted rope cradle as a form of stretcher to carry a man. 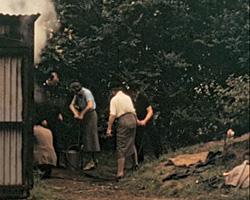