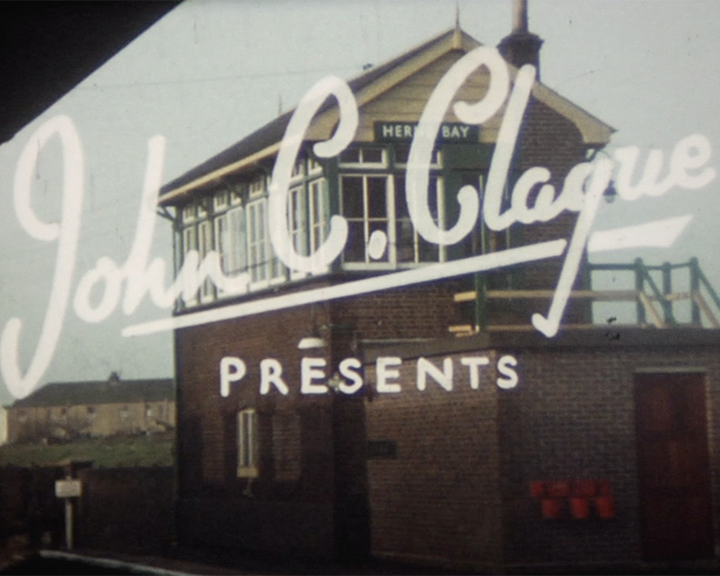 Intertitle: Railway Electrification. The arrival of the first electric train in Herne Bay in June is shown together with a brief scene of a steam train going under Greenhill Bridge.

Intertitle: Flats for Old People. Mr James is shown opening the first one bedroom council flats to be erected in Herne Bay at Avenue Road and Pier Avenue. Also shown is Councillor Tugwood, wearing his chain of office, Chairman of Herne Bay Urban District Council, Mr Clague, the architect, Mr Brookes, the builder, Councillor and Mrs Fortune. The group is then seen inspecting the flats.

Intertitle: Golf! 1959 Stanley. A new captain ‘plays himself in’. The new captain Stanley Bow of Herne Bay Golf Club is seen ‘playing himself in’ before retiring to the clubhouse.

The Reculver and Beltinge Memorial Hall is shown in the early stages of construction. The laying of the foundation stone on 21st April 1959 by A.E. Tugwood JP, Chairman of Herne Bay Urban District Council, is shown.

Intertitle: The new hall is opened. In August the hall was complete and is seen being opened by Councillor Tugwood. Mr Clague, the architect, presents the keys.

Intertitle: Sports at Hampton School. The fancy dress parade, including Stephen Lee dressed as an Indian prince, is featured with Mrs Tugwood presenting the prizes watched by Inspector Setterfield who had retired in December 1958.

Intertitle: Sea Cadets. The annual inspection of the Sea cadets by the Area Officer.

The marriage is taking place at Herne Church followed by the reception at Herne Bay Golf Club. As the couple leave the church there is a guard of honour of golf clubs which they walk under.

Scenes include the large crowd gathered to watch, views of the fleet and a few individual dinghies. Prizes presented by Mrs A Tugwood. 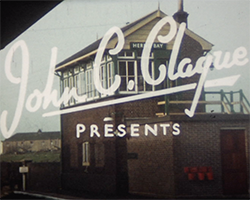