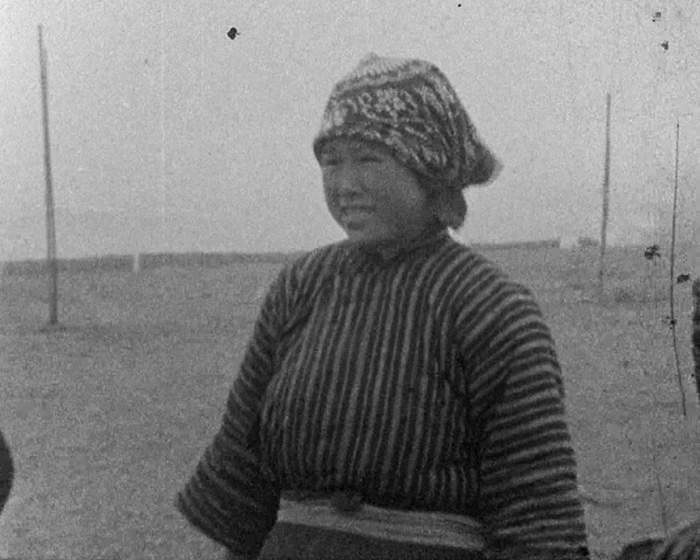 In Shanghai various street scenes include street entertainers. Men are seen working on a wooden scaffold with a heavy weight to flatten the ground beneath. Street entertainers perform routines and circus skills. Shots of buildings are followed by views from a moving vehicle of traditional buildings.

A title reads: ‘The Anhwei 'olique' celebrates The Dragon Festival’. The parade features a large dragon dance moving down the street. Crowds follow the dragon as it passes through the town. This is followed by scenes on a plantation [?] with a man surrounded by children with baskets in traditional dress. Family scenes in a large park or public garden show flowers and a girl in western clothing pushing a toddler in a pram. Model boats on lake are followed by further street scenes. Scenes show a bridge and formal gardens in a park and a traditional tea room or pavilion. In a rural area there are workers dragging bundles of Bamboo poles along the river. Along the river there are various boats and ferries. On a bridge over the river, people are seen gathered under canopy as the boat passes through. Rural village scenes are followed by a various scenes on the water including a large number of cormorant fishermen with their birds on small fishing boats.