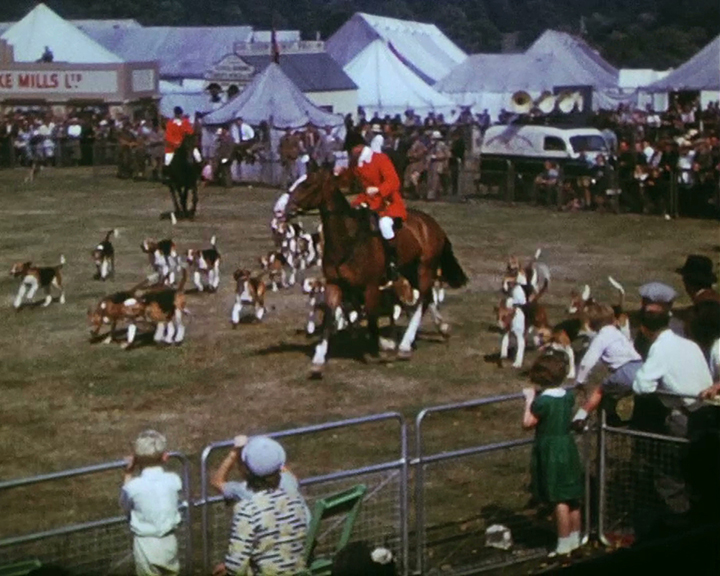 Intertitle: Some Of The Local Events of 1952 Stormy Weather. The film opens with a raging sea by Herne Bay Clock Tower. The commentary says that the regatta was scheduled for the following day. Herne Bay Pier is then seen followed by the promenade.

Intertitle: The Carnival. The carnival held on the 14th August is shown with the Sea Cadets band leading a succession of floats including a Scout Band, Fitt Motors, Herne Bay Life Guard Club, Herne Bay Ex-Servicemen's Club, Astra Fireworks. Following the Carnival the traditional firework display is shown by the Clock Tower.

Intertitle: Glenbervie Holiday Home. The opening scene of the camp is from the New Methodist Church Hall, a general view of the holiday home at Beltinge. Young people are seen preparing their camp. A flashback shows the construction of the camp by volunteers and is followed by scenes of the camp in use.

Intertitle: The New Hall Is Opened. The film now changes to colour. Mrs Lumley-Robinson, from Gillingham, and architect Mr Clague, the Chairman of Herne Bay Council and Mrs Pettman are seen arriving. Mrs Lumley-Robinson is seen opening the hall door for the first time.

Intertitle: The West Cliff Regatta. The opening shows a general view of the sea from the Hampton end of Western Esplanade. Sailing was cancelled due to poor weather but rowing races are seen and other water sports. Spectators are shown on the beach watching the entertainment.

Intertitle: Reculver Women's Institute Fete. Mrs Quentin-Evans opened the event held in the garden of 'Bough Beech' Side shows, stalls and produce for sale are shown.

Intertitle: The Kent Agricultural Show At Maidstone. The annual Agricultural Show, held in Mote Park, Maidstone is shown. Visitors walk around static displays by the Post Office, Royal Insurance Company Ltd, South Eastern Gas, Hewthorn, British Oil and Cake Mills, Suttons. No cattle were present due to an outbreak of Foot and Mouth disease. However, the show ring is seen with displays of horses and ponies and fox hounds with many spectators enjoying the show.

Intertitle: Cripplecraft Fete. Strode Park is the setting for a fete in August. It is likely that it was held to raise money for the home which cares for adults and children with disabilities. Anona Winn star of the radio show 'Twenty Questions' is seen opening the event. Also in attendance was Chairman of Herne Bay Urban District Council and Mrs Pettman and Mr Basil Jones Chairman of Cripplecraft. A large crowd is seen enjoying side shows and events including those run by Herne Bay Catholic Youth Club, The WVS. The resident concert party is shown followed by a square dance.

Intertitle: On The Beach. Herne Bay beach towards Reculver is featured. Young and old enjoy the pleasures of being beside the seaside.