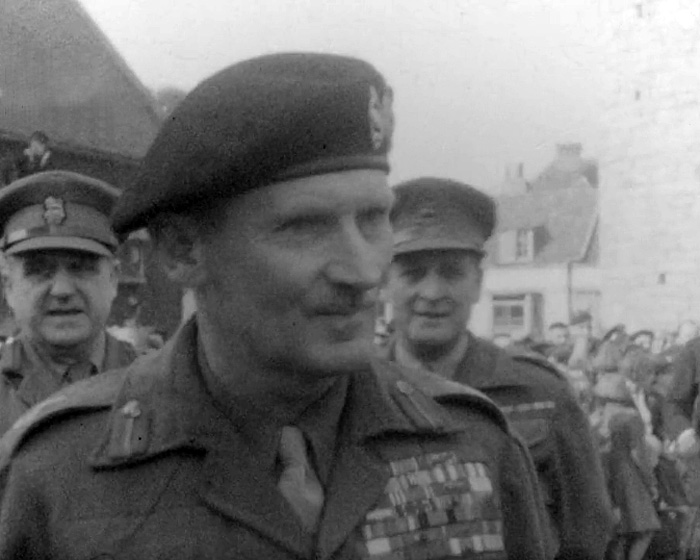 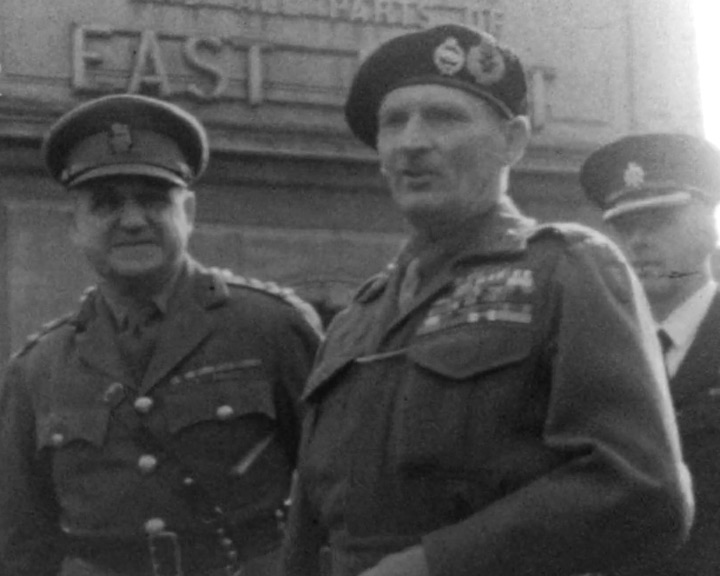 This film follows on from TID: 11585 which shows Field Marshal Montgomery arriving in Canterbury on 20 October 1945. This film starts with him standing just inside the Westgate Towers with a large number of onlookers behind him. Onlookers and the press take photographs of the occasion behind him. "Monty" shakes hands and talks to a very tall soldier. Behind is seen the bus station sign reading 'Folkestone and all parts of East Kent'. Montgomery is then seen inspecting some soldiers with the tall soldier beside him. He then walks amongst the military band.

He is driven along St Peter's Street, with the soldiers marching before him and people following the car. He stands up in the car and salutes to the onlookers. In Guildhall Street with Gouldens behind him and the Guildhall on the right. Montgomery leaves the car and goes into the Guildhall building. Inside the Guildhall, Deputy Mayor Councillor J H B Young gives a speech, followed by Montgomery. After receiving the Freedom of the City he's driven past the cheering crowds. 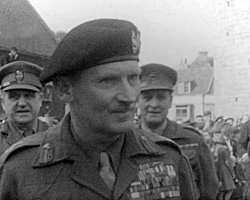 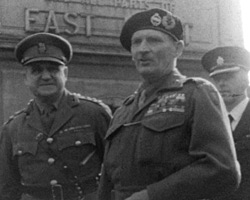