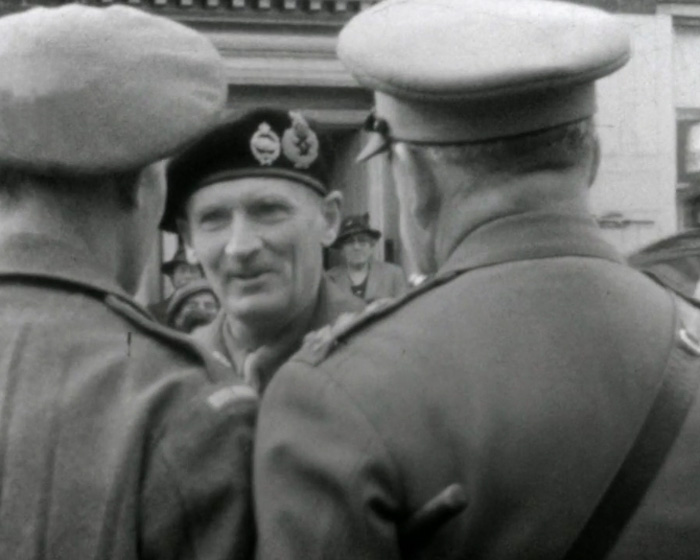 The first minute of the film shows the funeral of Canterbury's Lord Mayor, Alderman Charles Lefevre. The burial site is near the chapel at Canterbury Cemetary, which can be seen in the background with mourners standing around the grave. The coffin is lowered into the ground and a clergyman speaks. The top of the coffin is shown with a plaque reading "Frederick Charles Lefevre died 17th October 1945 aged 66 years".

The film then shows Field Marshal Montgomery (Monty) arriving in Canterbury on 20 October 1945 and being greeted by Deputy Mayor - Councillor J H B Young and Sheriff - Councillor J G B Stone. With a crowd watching, Field Marshal Montgomery inspects the Guard of Honour (the 2/7th Battalion Royal Warwickshire Regiment) in St Dunstans Street outside the Westgate Towers. Film of this event continues on TID: 11585 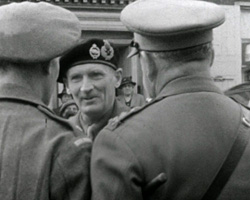