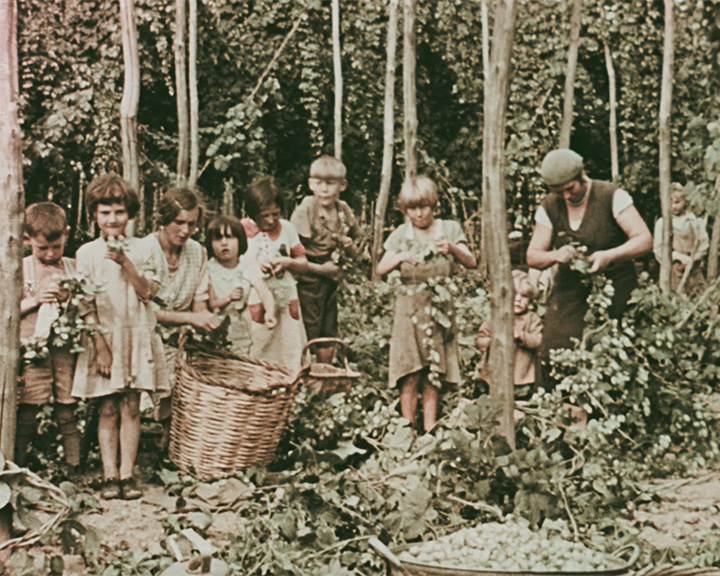 Intertitle: An Ideal Position to Watch the Diving for Plates.

Intertitle: An Unexpected Guest. (A bird lands on a guest's shoulder).

Intertitle: 25 July 1937. Messrs G. Mount & Son Opened their Nursery to the Public, for the New Hospital Building Fund. (This building is on the corner of Forty Acres Road and Whitstable Road).

Intertitle: In Some of the Glass Houses.

Intertitle: In the Melon and Cucumber Houses.

Intertitle: The Garden at 'Roselands'.

Intertitle: 25th August 1937. The Ruins after a Fire which Destroyed my Works and Store.

Intertitle: Congratulations to Major James upon his Recovery.

Intertitle: The Mayoress and Mrs Frank Wood enjoy the 'Fun of the Fair'.

Intertitle: 29th August 1937. His Holiness the Orthodox Syrian Metropolitan of the Malabar at the Cathedral.

Intertitle: In the Sunset Glow. A Beautiful Shot Over Sheppey.

Intertitle: 1st September 1937. the Rotary Club of Canterbury give the Alford Aid Children an Outing to Birchington.

Intertitle: 6th September 1937. Hop Picking at Mr Whiteman's Garden Tyler Hill, Canterbury. The hop bines are seen growing in the filed. Women, young children and an old lady pick hops while smiling at the camera. A tallyman waits as the hops are poured into a large sack and carried off by a man.

Intertitle: Taking Hops to the Oast and One of the Drying Furnaces. Horse-drawn carts are loaded with sacks of hops. Arriving at the oast house the sacks are off-loaded and hauled up to the doorway using a horse-powered pully system. Charcoal can be seen burning in the oast house furnace. [This extract is available to view online]

Intertitle: 4th November 1937. 'Dick' Sheppard comes Home. Impressive Scenes at Cathedral. Sheppard, an erstwhile Dean of Canterbury, is carried in his coffin into Canterbury Cathedral to be buried in the cloisters having had his funeral service at St Paul's Cathedral.

Intertitle: And So the Tide of Time Rolls on to Another Year. The End title.