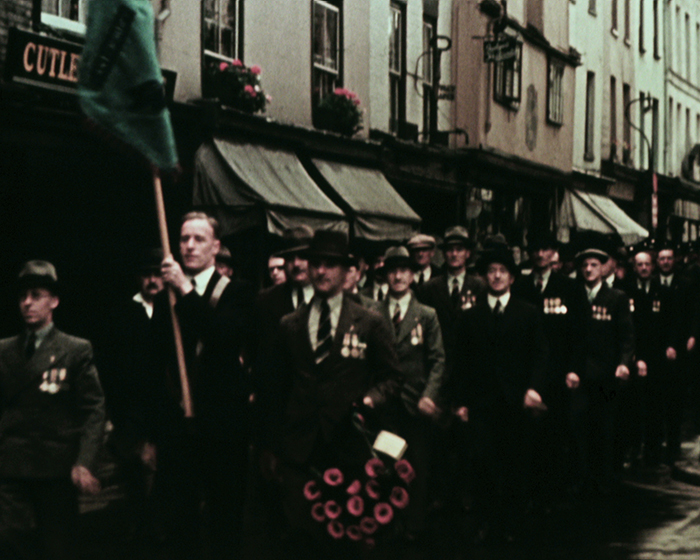 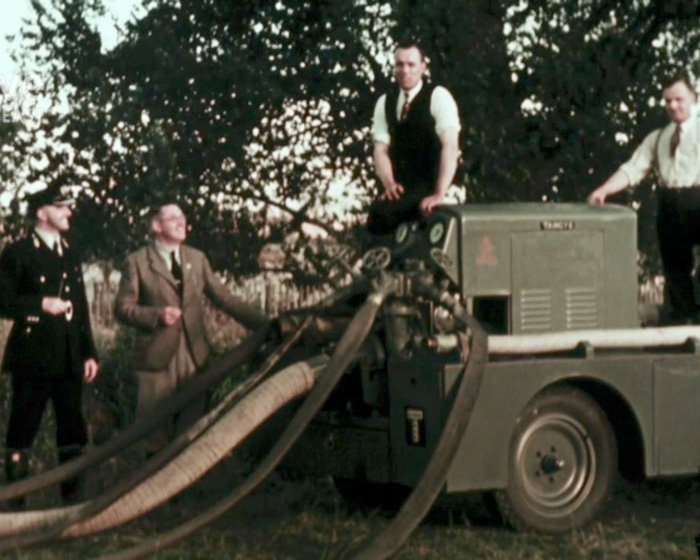 All Saints Church & The Old Palace

The film starts with scenes captured from the river Medway, showing All Saints Church, the Archbishop's Palace in Maidstone, and Maidstone's industrial centre.

The Mayor inspects the unit standing by their vehicles.

Members of Canterbury's Royal Air Force Association parade in Burgate, Canterbury, walking towards the Butter Market and Cathedral. A title states "The Mayor Joined The Parade In The Precincts" as they are seen marching into the Cathedral. Another title reads "At The Mannock Plaque In The Nave" and shows scenes inside the Cathedral and scenes outside showing the men marching away.

13th July 1939. The Naval Cadets Gave A Gym Display At The Garden Fete Held By The Conservative Association

The cadets perform an open-air gymnastics display over a vault.

The city's AFS demonstrate their training. A further title reads: The Tangye Pump At Work Delivering 700 Gallons Per Minute Through 8 Branches. The firefighters direct the fire hoses into the air.

"As This Is The School Jubilee Year, The Principal, Miss Goodhew, Presented A Bouquet To The Founder's Sister - Miss Longhurst, To Commemorate This Very Happy Anniversary" The bouquet is presented. Before a large seated audience outside, the school children perform dances for the open-day visitors. Titles describe the dances and name the children dancing. They are: "Dutch Dance By D. James & M. Matthews"; "Dance "We Three" By Z. Brennan P. Besley & P. Roots"; "Japanese Love Song" By Form III"; "The Polka By The Junior Class"; "Ballet "Flowers & Bells" By The Junior Class"; "Pas Seul By Pamela Barber"; "Jockey Dance" By M. Skinner, A. Hulme & P. Bennion" and "Drill By The School".

Finally the open-day visitors sit at tables outside for refreshments. 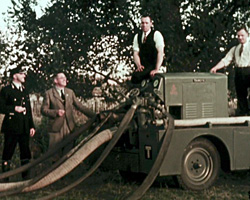