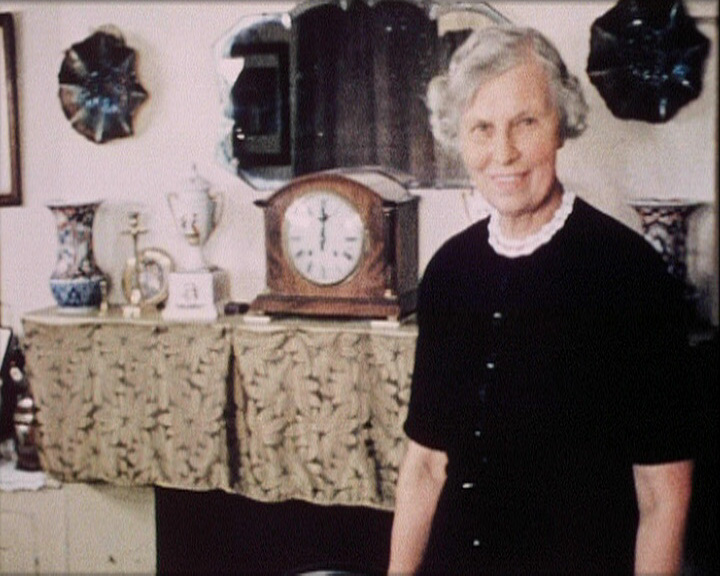 A milkman discovers an elderly lady has had an accident in her home. He alerts the emergency services, an ambulance arrives and takes her to hospital. While in hospital the staff organise home help for her through the Old People’s Welfare Committee. When she returns home she finds someone has done her shopping and prepared food for her. She also receives visits from the district nurse and laundry services. Other services are organised for her: the Red Cross lend her a wheelchair and she pays a visit to the chiropodist.

An elderly man living in a remote country cottage receives help from the Decorating and Radio Repair Service. The mobile library service also calls on him.

At a social club for pensioners the men and women enjoy tea and cakes and play cards. The ladies also sing in a choir. At the Handicraft Circle ladies sit around the long tables knitting and chatting.

The final scenes, described by an elderly woman who lives with her daughter’s family, show her going to stay at an old people’s home in Blackpool for a break. Similar accommodation is shown in Sevenoaks: the Old People’s Housing Association flats. The film ends with the milkman greeting the woman he had helped earlier; she has fully recovered and is most thankful to the Old People’s Welfare Committee.

Cine clubs were keen to have their work taken seriously. This film is an excellent example of how a club could work together with an organisation.

Commissioned by the Old People’s Welfare Committee (now known as Age Concern), the film would’ve been used to promote the charity’s work at a regional level, yet would also have proved an effective vehicle for showcasing the cine club member’s skills. From the credits it is clear that this was a fairly complex production. It is common for most amateur productions to have only one or two credits, this one, however, in addition to the usual Director, Producer and camera, has credits for lighting, original music and a script/dialogue writer. As was usual for such productions, club members and friends were used as actors.

A Bus for All People (2001) was made by the Mid-Sussex Camcorder & Cine Society. The film is a similar example of a cine society producing a promotional film for a charitable cause. Featuring the Hurst & Hassocks Community Bus the film was originally made by the club as an entry in the annual Albany Competition. The film follows the various journeys made by the bus, and includes a scene showing senior citizens visiting Age Concern. A shortened version was screened by Meridian television in August, 2002 as part of their FreeScreen programme.

The BFI houses a selection of periodicals relating to amateur film-making, including Amateur Cine World and Home Movies & Home Talkies. The magazines contain many references to cine clubs and societies nationwide.
http://www.bfi.org.uk/archive-collections/searching-access-collections

The Old People’s Welfare Committee featured in this film is now the charitable organization known as Age UK (also formally Age Concern). The charity continues to provide essential services to older people in the community. '...helping everyone make the most of later life".
http://www.ageuk.org.uk/