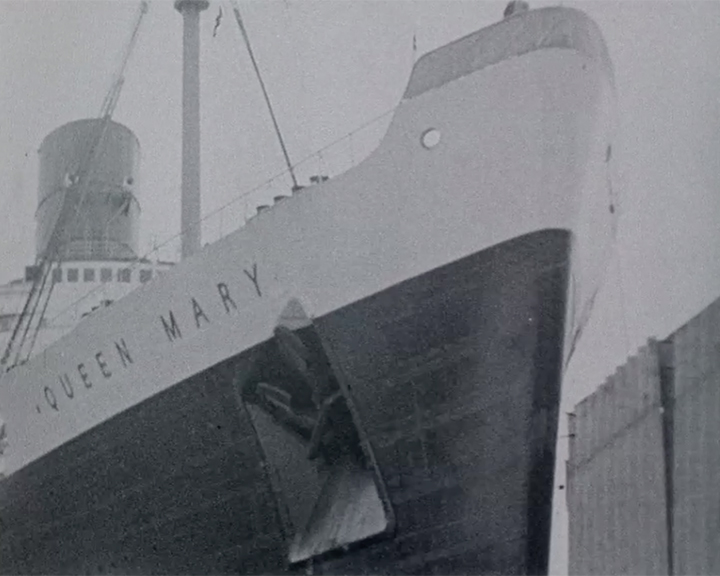 The opening titles and credits are followed by ‘Members’ Tea Party 1934’ – which shows a group of men, women and children seated at a table in a garden and being served and eating slices of, possibly, ham or chicken. After this we see a man scooping out ice-cream from a churn and serving it in a small glass dish. There then follow some novelty races with two men and a woman competing. One of the races features the contestants having to stand on flowerpots. The scene ends with bunting being thrown about.

Intertitle: ‘The Queen Mary’. Groups of men, women and children walk past the camera towards the RMS Queen Mary liner which is berthed at the Kiing George V Graving Dock in Southampton on hard standing. More captions denote that the people are waiting to see the liner before her maiden voyage. A series of shots of the liner follow from different angles; from the bows to the stern. Older four funnel liners can be seen in the distance in the port.

Intertitle: ‘A Trip Down The River’ – is followed by two young men [possibly the Barnes brothers themselves] getting into a small motorboat and sailing down the river past an angler, ducks, small islands and riverside villages with boat houses. Followed by a coal barge, a swan, boat builders and more views of the river. We also see a loading stage for coal at what could be a power station. Further along the journey we see other river craft, including a woman steering a punt before we return to the riverside where the journey began. This sequence ends with a close up shot of one of the young men’s faces.

Intertitle: ‘In The Ring’ – here we see a variety of boxers, some only boys, sparring in a boxing ring. A number of competitors are knocked to the floor.

Intertitle: ‘London Zoo’ – is followed by a variety of caged animals including a camel, a bear, a flock of flamingos, a lioness, a tiger, a lion, a lynx [or a wildcat], a rhinoceros and a baboon at London's famous Zoo.

Intertitle: ‘England’s Best Anglers’ – shows a group of penguins in their enclosure which includes a pond. Visitors walking along are followed by the penguins while a zoo keeper feeds the birds with fish.

Intertitle: ‘Corfe Castle’ – shows various views of the village of Corfe Castle in Dorset, along with the castle on a hill in the distance.

Intertitle: ‘Spithead Naval Review’ – shows, from a passing boat, various ships of the British naval fleet at anchor in the Spithead roads. The vessels seen include destroyers, cruisers, submarines and an aircraft carrier. One of the battleships seen could be the ill-fated HMS Hood. A caption announces the arrival of King George V’s yacht, the HMY Victoria and Albert III, which is followed by the yacht sailing past many other smaller vessels, many of which are flying pennants.

The film ends with a final caption saying ‘God Bless The King’ followed by a portrait of HRH King George V 'The End'. 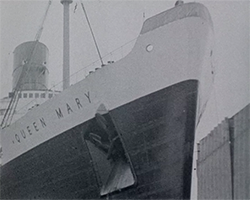