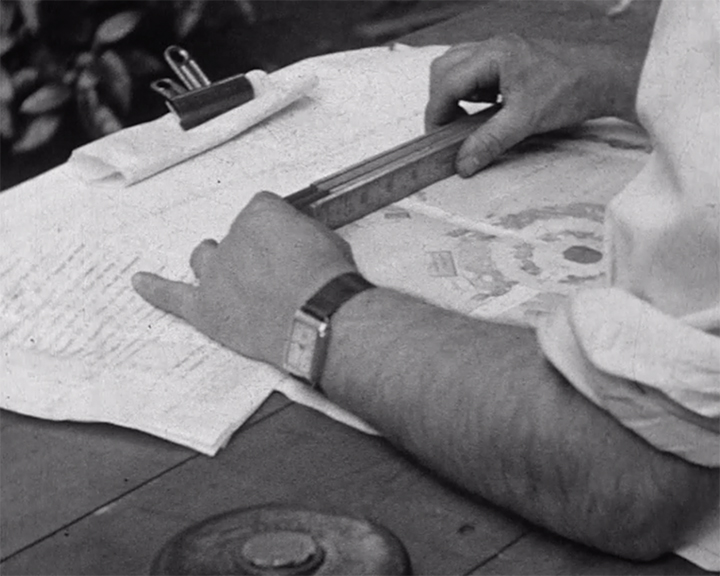 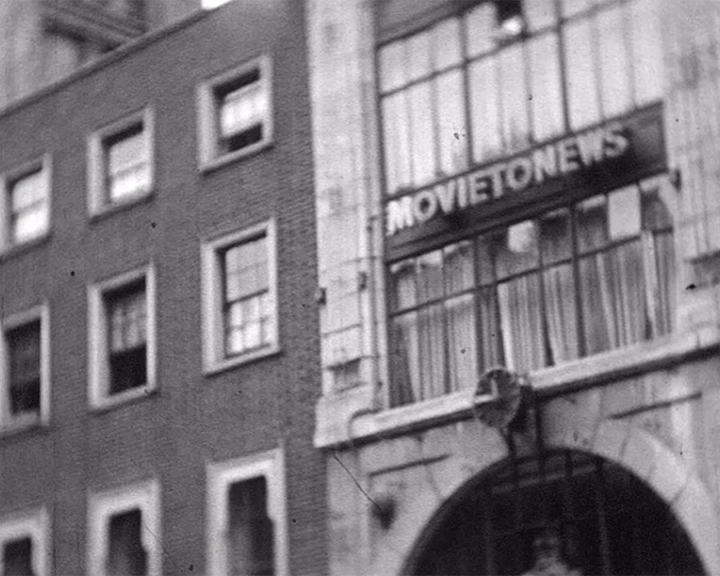 The film begins with a sign announcing that the opening of the fair will take place on Tuesday the 4th of July. This is followed by scenes of workmen assembling the fairground stalls and amusements in an open garden. A man looking at plans with a ruler and making notes while the statue of Charles II looks on. Men are then seen unloading panels from a truck after which we get a high angle view across the square with plane trees and the fairground sideshows and the carousel below. A banner announcing the Soho Fair is seen after which we see passers-by taking away fliers. A man shouts up at the camera and a woman looks at a poster for the fair which has been tied on the, soon to be removed, iron railings surrounding the park. We return to the workmen assembling sideshows and the carousel which is also being tested. The carousel’s horses are unloaded from a truck and carried through the square by workmen for fitting. After a workman is seen hammering nails into a cover, we next see a steam traction engine passing on the road trailing more parts for the fair. The films ends with another shot of the opening sign and a brief glimpse of the Movietone newsreel company’s headquarters. 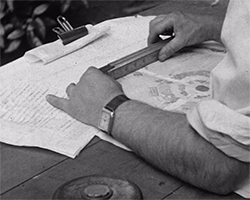 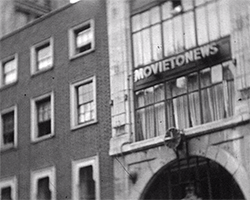