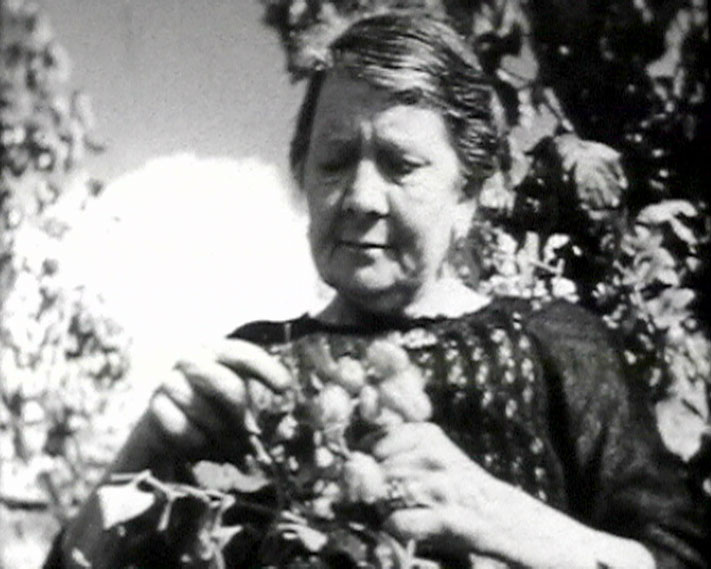 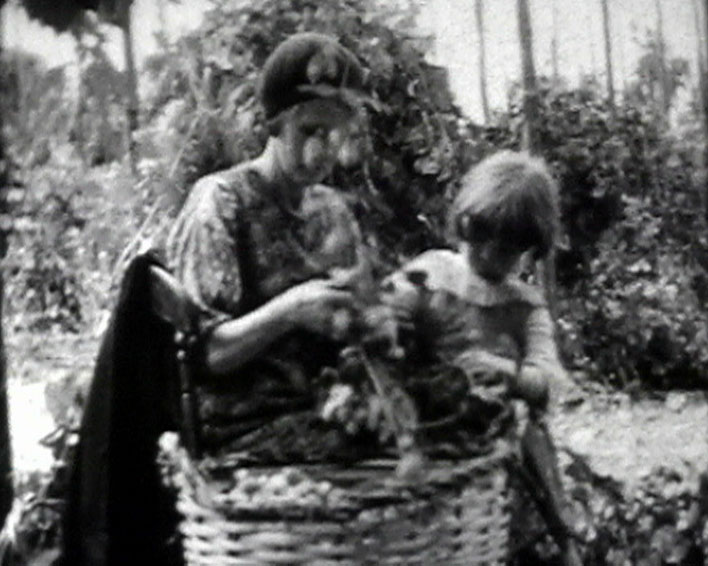 The footage begins with images of a farmer and his horse-drawn plough preparing the land during the winter months. The sequence ends with dramatic shots of the farmer silhouetted against the sky as he disperses seeds onto the soil by hand. Blossom, growing crops, lambs and a gently flowing river represent the arrival of spring. Labourers work both in the fields and in the orchards, picking apples and plums. Multigenerational families are filmed picking hops, amassing them into large baskets and sacks which are recorded by the tallyman. The sacks are next seen being raised into an oast house by a horse-powered pulley system. The harvest has also begun in the fields - a horse-drawn binder cuts down the wheat which is left in stooks before being transported by cart to the farmyard and the waiting stack. The film ends as winter approaches once again, signalled by clouds and leafless trees being buffeted by the wind. 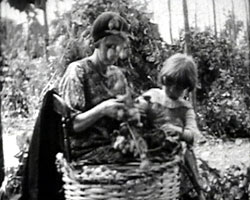