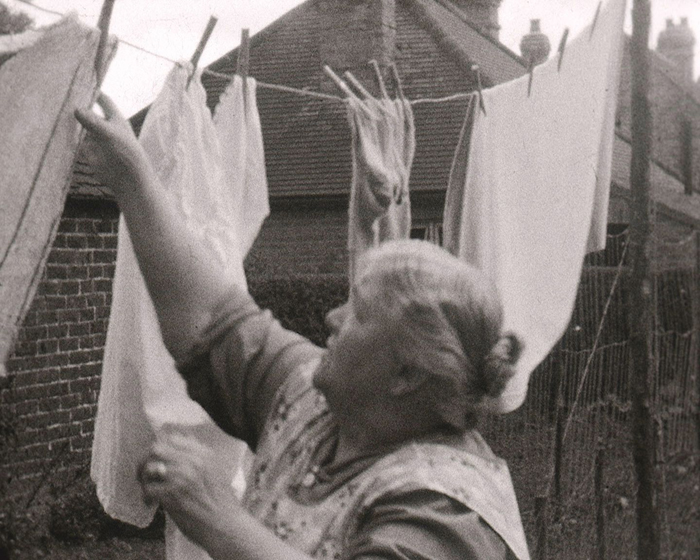 The film opens with images of the local vicar talking to a parishioner at the gates of St. Mary's Church, Speldhurst. It continues with shots of friends of the film-maker, including an elderly couple who play with their dogs in the garden of their house 'The Manor'. The husband is joined by his peers, practising their golf drives. In Northfields, an elderly woman hangs out her washing. The film-maker moves out to the sleepy streets of the village where he captures images of the locals. These include three elderly women, one of whom is in a motorised wheelchair, a postman, a roadsweeper, coal merchants, and an ice-cream vendor who is surrounded by a crowd of ice-cream eating children. Images of local tradesmen continues with footage of the village shops. The workers of E. Archer & Son general store, O.H. Austen Butchers and the corner shop on Barden Road stand outside their relevant businesses, posing for the camera. There next follows a sequence dedicated to the recreation ground. Adults are filmed playing cricket, lawn tennis and bowls, whilst children swing on a gate and ride their bicycles. The groundsman cuts the grass using a motorised lawnmower, and a bonfire and fireworks light up the night sky. The film offers its thanks to the donor, providing images of a middle-aged man reading a newspaper in his garden.

A sequence showing the Speldhurst Cubs and Scouts follows. The boys are filmed returning from a fishing trip, and drying themselves after a dip in a Lido. They are also filmed at a campsite, watching as food is cooked, washing themselves and then having their cleanliness checked by the female adult leaders.

On 6th May 1935 the village celebrates the Silver Jubilee of King George V. Bunting adorns the streets [Mount Pleasant Road] and crowds gather at the recreation ground [Tunbridge Wells Park] where Sir W. Hose reads the proclamation into a microphone. Mr C.W. Powell is filmed planting a commemorative tree before the residents participate in various funfair games and sports. The children compete in running races, an egg-and-spoon race and a three-legged race.

The film ends with images of a Speldhurst wedding. Interior shots of the church are followed by footage of the bride and groom, the bridesmaids and guests leaving the church. The newlyweds are filmed departing in the going-away car and the film wishes them "Good-bye and Good Luck".