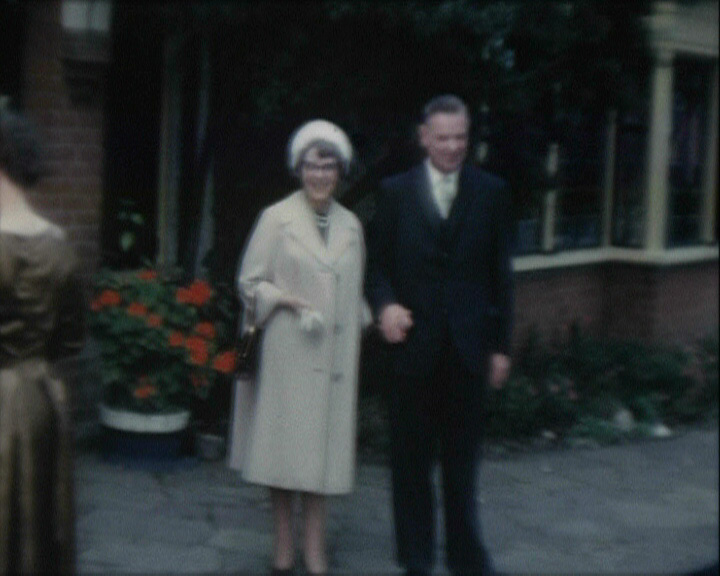 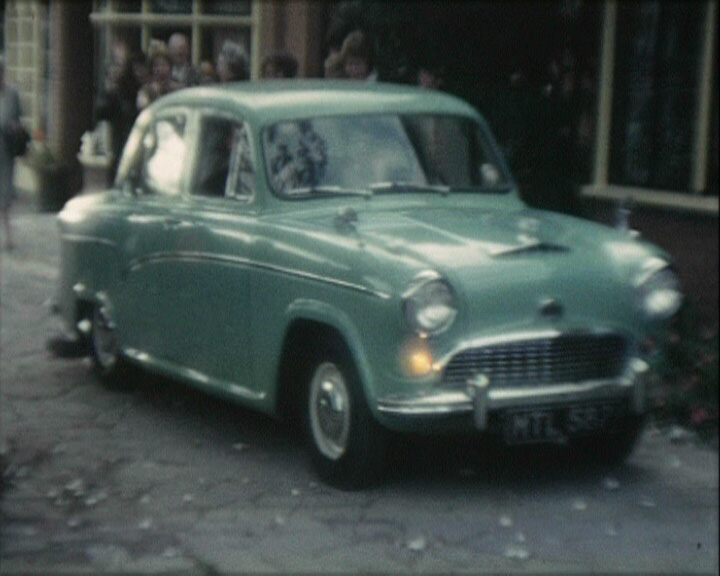 On a bright, cloudless October day The Parish Church of St Mary the Virgin at Reculver plays host to the marriage of Jessie Louise Wiltshire and (Walter) Roy Bell. The wedding guests are greeted at the church door by the Matron of Honour. The middle-aged bride and groom arrive at the church together - before they enter the Matron of Honour checks the bride's gold lace day dress for any flaws. The wedding ceremony is not filmed, instead an overhead close-shot shows the bride laying her hand across the Book of Common Prayer which is open at the 'Solemnization of Matrimony'. Outside the church the guests take photographs of the newlyweds. The reception takes place at a local hotel, and Jessie and Roy greet their guests as they arrive. A sit-down meal is accompanied by speeches and the cutting of the wedding cake. The couple pose for photographs once again outside the hotel. Now in their going-away outfits, they are driven away in a car, but not before a few friends tie tin cans onto its rear bumper. The newly married Mr and Mrs Bell arrive at the marital home in Herne Bay - husband and wife cross the threshold together.

The second section of the film, recorded by the Bells, captures images of their honeymoon. Their first port of call is the Meyrick Cliffs Hotel which overlooks Bournemouth's seafront - Roy films from a distance as his wife waves to him from their bedroom window. The honeymooners film the seafront buildings, the beach which is populated by a few souls braving the crisp autumn air, street scenes, and theatre brochures. Following their stay in Bournemouth Jessie and Roy explore the New Forest by car. They walk through the heathland which is populated by New Forest ponies, visit the Sir Walter Tyrell pub and manage to film themselves chatting together at a roadside break. They journey back to Herne Bay along rural roads and through quiet villages, stopping at Canterbury to film an exterior shot of the Cathedral. Jessie and Roy finally reach home, pausing on their doorstep to read the announcement of their marriage in the Church bulletin. 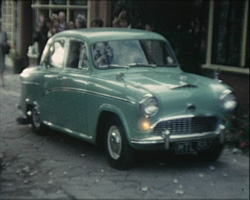 It is not known who filmed the wedding footage in Our Wedding (1961). Roy Bell, who filmed the majority of the honeymoon footage, was a keen amateur film-maker who made numerous films under the guise of the independent production company 'Ding Dong Films', including Herne Bay on Ice (1963), St. Mary the Virgin, Reculver - A New Chapter Begins (1962 - 1963) and Speeding the Thanet Way (1968?). All of the films are well-made and are typically edited with intertitles.

Screen Archive South East holds numerous other home movies which capture weddings in the South East across the decades. These include [Cochrane Wedding] (25 September 1937), Wedding Day (20 April 1940), Our Wedding Day (21 March 1951), Phylis and Robin's Wedding (17 February 1973) and [Sue's Wedding] (16 July 1983). Weddings are obviously a popular subject matter for amateur film-makers and, in spite of the passing years and changing technologies, the films tend to be formulaic in pattern.

“An international organisation whose aims are to further interest and education in relation to all aspects of film and video making and associated visual arts.” The website has links to further useful resources as well as lists of cine-clubs and societies nationwide.
http://www.fvi.org.uk/index.html