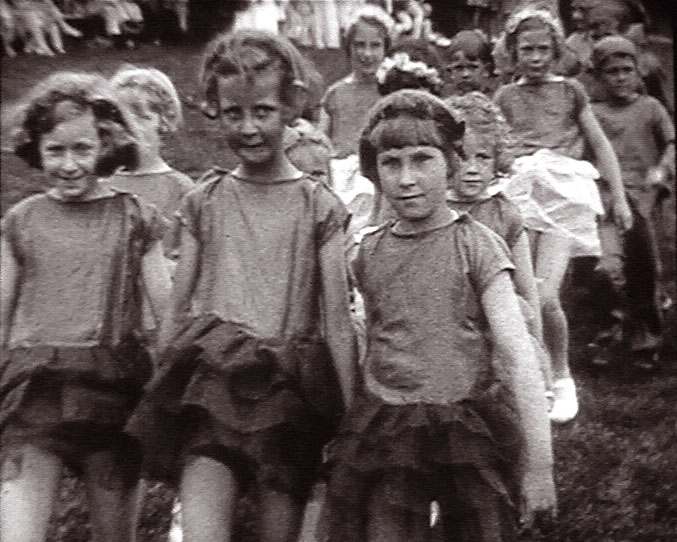 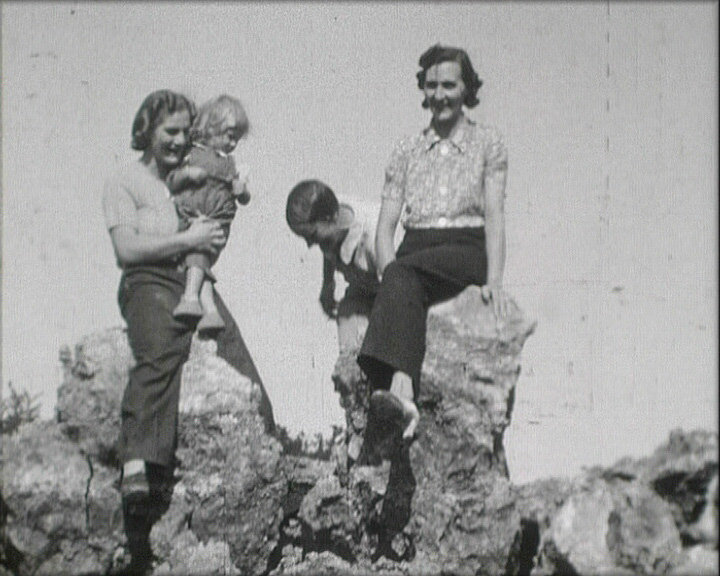 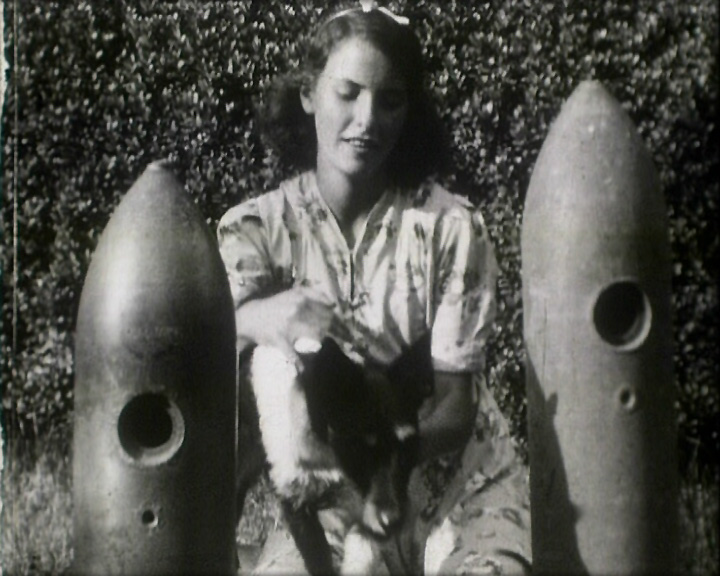 The film begins with idyllic rural images: orchards in bloom, lambs in the field, a woman gathering meadow flowers. An animated intertitle announces the disappearance of an old landmark, and images follow of Pluckley Mill destroyed by fire after being struck by lightning. Children playing and people out walking and rowing along the Hythe Canal on a sunny summer day. Scenes of the Archbishop of Canterbury, Cosmo Gordon Lang, opening the Egerton May Festival. A young bugler announces the May Queen and she is crowned with a floral garland. Further scenes of the festival show children in fancy dress, dancing and taking part in a hobbyhorse race. Scenes of family and friends on board a cross-channel ferry. Views of Boulogne harbour as the ferry approaches are followed by a trip to Le Touquet. The family visit the beach and town, then take the ferry home as the sun sets. “Winter 1939-40. Most severe in living memory”. Cars and people struggle to make their way along the street in a blizzard. Men clear snow from stranded vehicles and a postman struggles with his bike in the heavy snow. Children have a snowball fight. People attempt to clear paths in the deep snow while a dog barks at their efforts. Scenes of people tobogganing and views of a peaceful snow-covered landscape are followed by the declaration, “War”; storm clouds and aeroplane trails (from a dogfight) in the sky represent the “sombre clouds of battle”. “Sunday September 8th 1940” - crowds look on as firemen fight fires caused by bombing raids. The effects of further bombing is shown; people walk over the rubble and bomb craters. A young woman and her dog pose next to two bombshells. 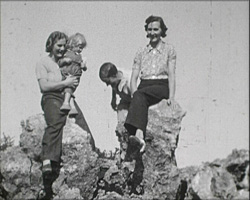 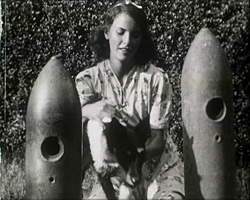 The film-maker provides some insights to life at the beginning of the Second World War in this film. His editing gives the film a sense of loss (of the idyllic rural peace) which must have appeared nostalgic even at the time of making the film. The plane-trails from a dogfight (very likely part of the Battle of Britain), although brief, are particularly poignant. As in some of the other films listed below there also seems to be a sense of people’s desire to carry on as normally as possible, yet underpinned by a fascination with what was beginning to happen around them.

The website provides a history of Egerton as well as information about present day life in the village. There is also a link to the Egerton Local History Group.
http://www.egerton-kent.co.uk/