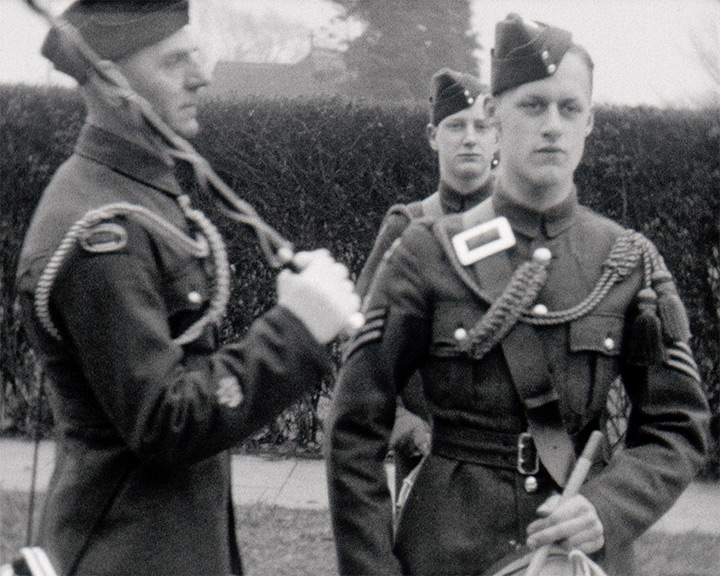 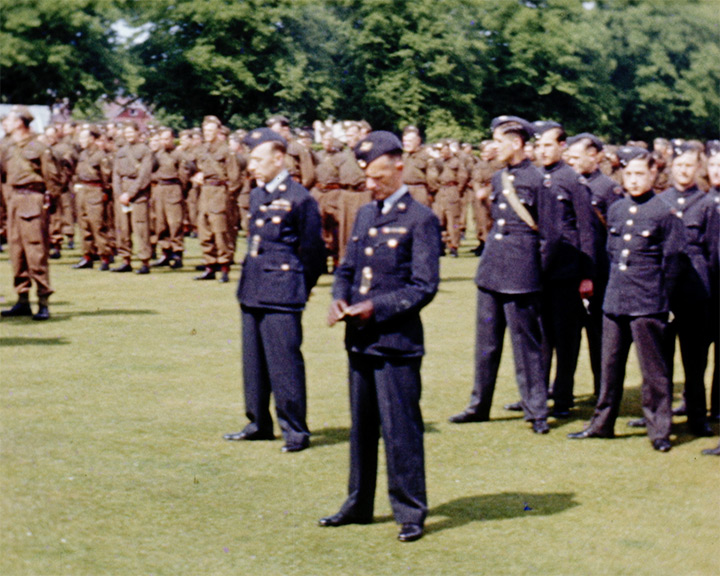 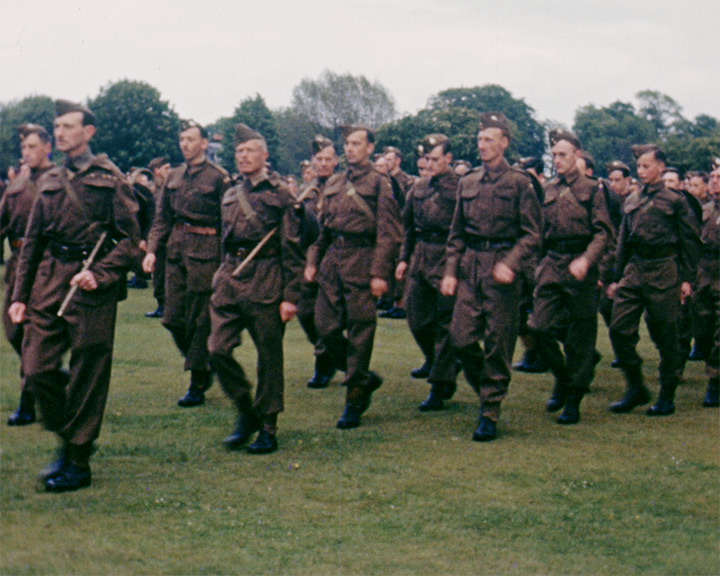 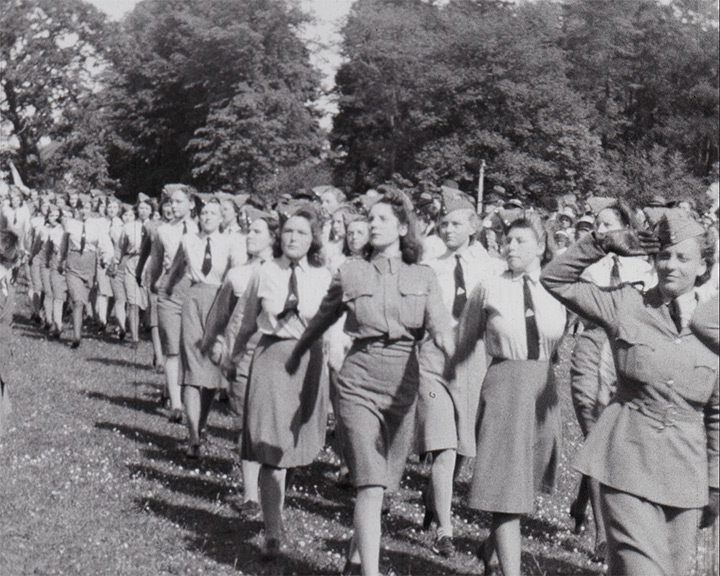 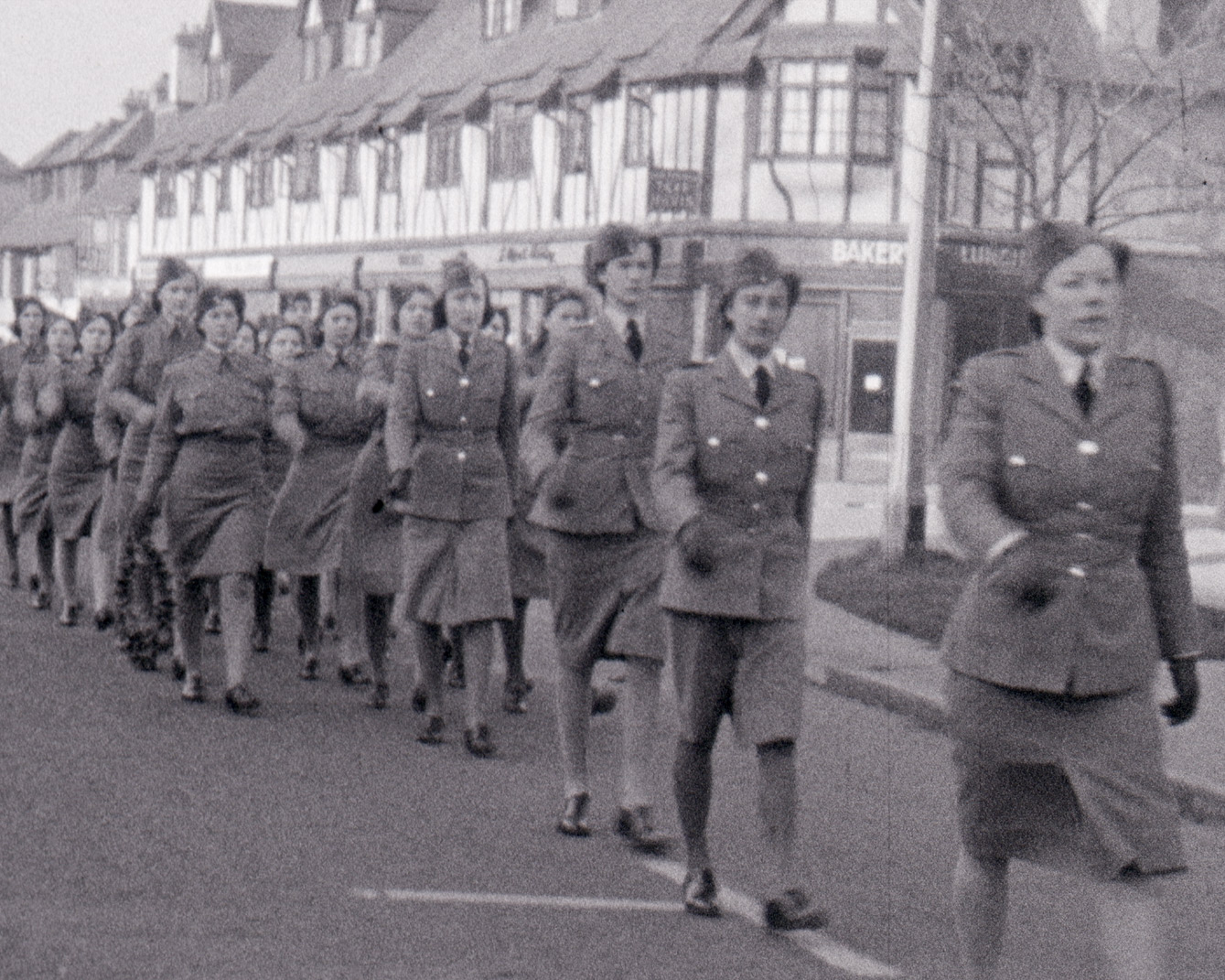 "Air Training Corp, Banstead, Sqaudron No.1044 inspection and march past to Banstead parish church for dedication of the drums, Sun 22 March 1942"

The ATC is inspected and then marches through the town.

Colour footage shows members of the Home Guard on the playing field as the young members of the ATC band arrive. A service is delivered by a clergyman as the camera spans the attending volunteers.

Returning to black and white footage, scenes feature crowds and the cricket pavilion. Speeches are delivered and a military band plays.

The Home Guard, various Civil Defence groups, volunteers and veterans are filmed parading through the town, along with a cadet marching band and church officials. A wreath is presented at the war memorial and the groups march again to a service at the playing fields.

The camera pans across the groups assembled and the new canteen van is seen. A slightly obscured title reads: "presented to the Surrey County Council by the Surrey branches of the Women's British Legion". The women inspect the van. Members of the British Legion march.

"Remembrance Day parade and parade service at the War Memorial, Banstead. The British Legion with their Standard, headed by Sir Archibald Southby RN, accompanied by the Home Guard and other detachments, 8 Nov 1942"

A parade takes place for Remembrance Day with various groups of cadets and volunteers in the Civil Defence marching through Banstead. A service takes place at the war memorial.

Scouts, Guides, Brownies and Cadets along with Sunday School groups attend a service and then parade at the ground. Further parades take place along the High Street. 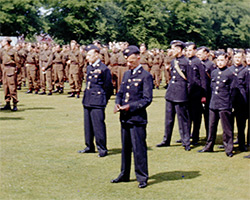 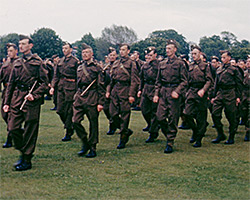 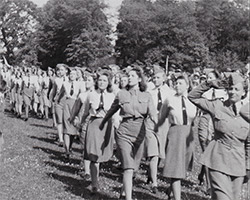 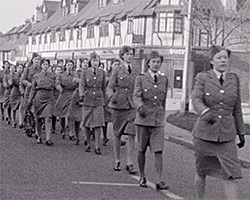