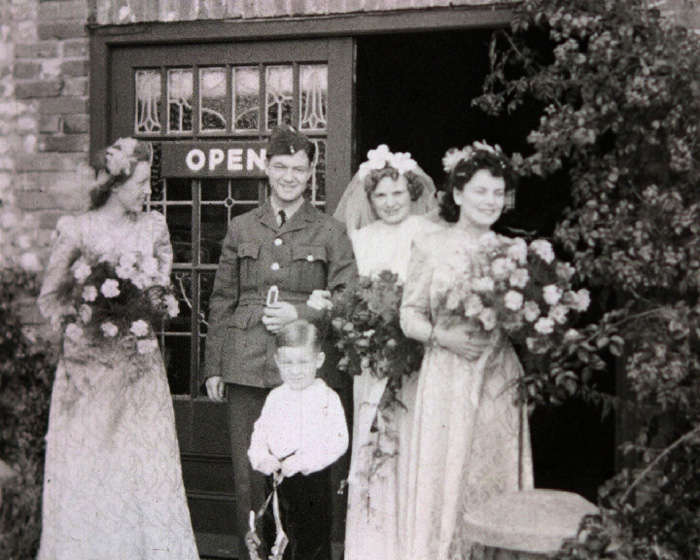 A family album compilation film starting with the arrival of baby Hedley Marcus, born 22 February 1941. Various baby scenes and walks a with pram take place. In the streets soldiers and some civilians carrying gas masks can be seen. The baby's Christening takes place at St Mary's Church, Broadwater on April 6th 1941. This is followed by a wedding of "Another Victory V Couple" with a reception at the Old Willow Barn. Hedley Marcus is seen at six months old. Various friends or family members smile at the camera from a crowded settee, along with Jock the puppy. Toddler Bronwin smiles for the camera. A plane is filmed flying low over rooftops. Various people are shown coming and going. Graham Penfold is named as he leaves the house, driving away in a car.