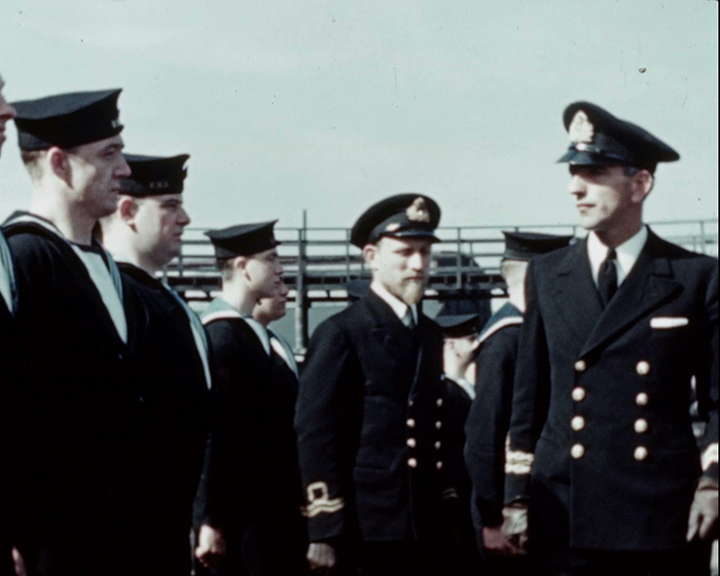 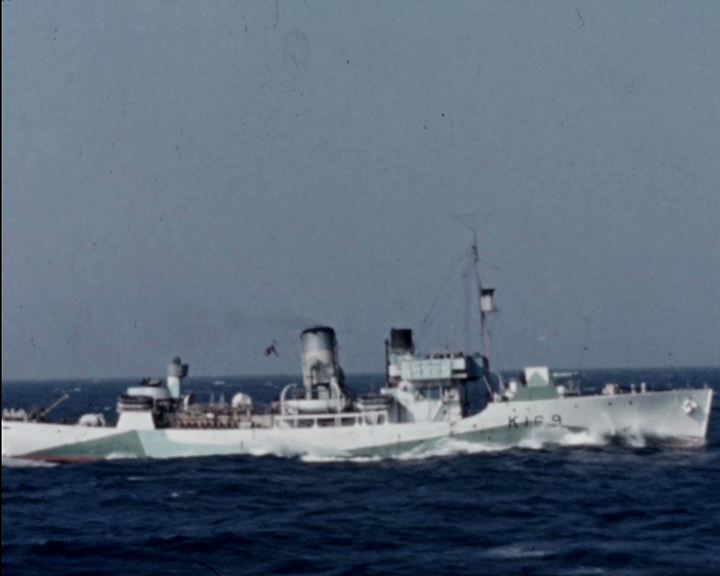 Opening scenes are of icebergs filmed from on board a ship. This is followed by the commissioning of a ship at Scapa Flow and a convoy forming with many Merchant Navy ships. Air-supported convoys are filmed in the distance along with close-up images of general routine activities undertaken by the crew. Next we see a U-boat with its periscope up and a ship sending heliograph signals which initiates the evacuation of a torpedoed tanker. We see footage of the flower-class corvettes K169 HMCS Rosthern and K172 HMCS Trillium in heavy seas.

Close up shots of the ice-covered ship's railings and decks, a fire aboard one of the ships, alternating between further close-ups of crew members, the ships breaking through the ice-flows in the Arctic and distant scenes of the vast Atlantic convoys on the ocean.