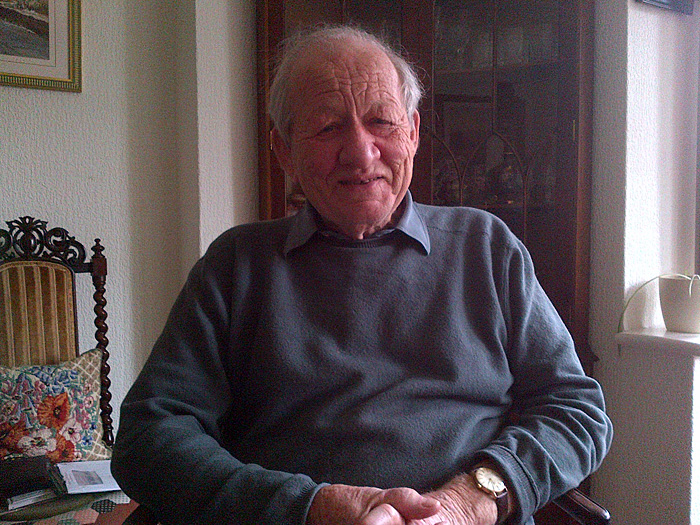 Norman Reynolds talks about the start of the Second World War in Littlehampton and the installation of seafront defences, including 'Ack Ack' guns; saying it was an 'exciting time for youngsters'. Norman remembers waving to a German fighter plane as he flew low over the town and the pilot waving back to him. At Christmas, Norman's family had chicken as a treat and cooked it at the local bakery. Norman also picked up flotsam from the beach containing tea and powdered milk. Thinking it might be poisoned, he gave it to a local cat to test.

Rosemary Milton-Thompson remembers the knitted suits that she wore as a child, made by her mother. Archive film footage of Rosemary herself as a toddler shows her wearing the hand knitted outfits. Her brother, John Gowlland, remembers trips to Worthing beach during the Second World War, though petrol rations and beach defences restricted their visits. Archive footage shows the Gowlland family at the beach at Worthing, playing near the beach defences and climbing on an unexploded mine.

Rosy Cole shares her memories of living in one of many the converted naval warships moored in Shoreham harbour. She later moved to her current home; a former NATO vessel from the 1960s.