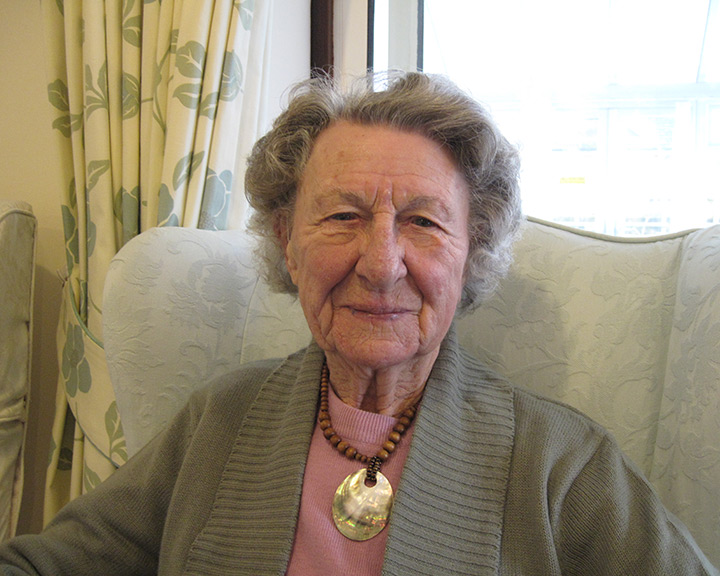 Sheila Tidiman talks about leaving school at fifteen and starting work. Her mother wanted her to work in a hairdressers, but she got herself job at Long & Strickland chemist in Bognor Regis. Sue Coyne talks about the Coronation celebrations and fancy dress in 1953. David Shepherd remembers events and activities put on for children in the summer on the seafront and diving off a raft in the sea. Joyce White talks about rationing after the Second World War and getting food poisoning from duck eggs. Kay talks about her father killing chickens during the war and having a cockerel for Christmas dinner. Charles Snow talks about having a turkey for dinner at his wedding. Gerogina Perkins talks about her war-time wedding organised in a hurry whilst her fiancé was on embarkation leave. Peter Algar talks about the land army girls and Canadian soldiers stationed near his childhood home and a doodle bug hitting the ground close to the farm. Peggy Hopkins talks about rationing, and food during the war. Peggy remembers picking fruit in the summer to make pickles and jams and going hunting for rabbits with ferrets. Pauline O'Canlon talks proudly about her father's role in the war. Alan Kumm talks about going down to the beach with his friends and picking up things that had washed up. Alan then remembers the joy of his father returning from the war in Burma. Finally, Philip Chouchman remembers his parents' holiday bungalow in Pagham and the excitement of his family visits to the beach.