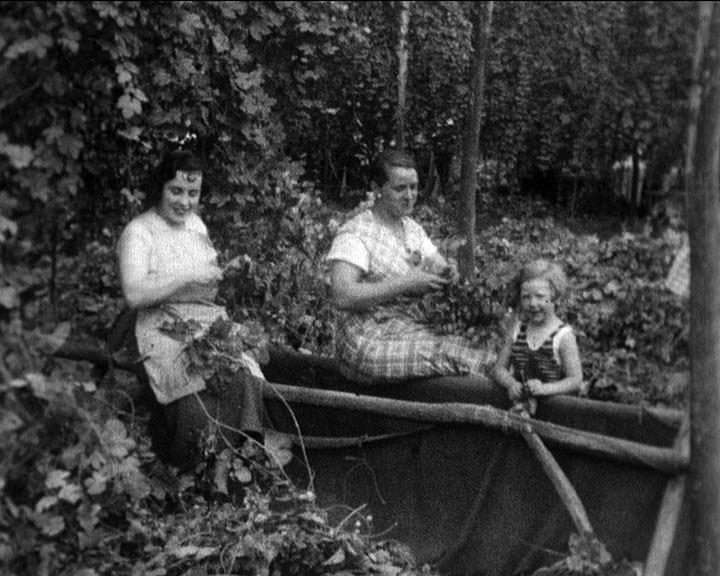 A heavy horse team prepares the fields in January. Workers cut and prepare the hop poles in February. March sees the planting of the pole in the hop fields. Strings and overhead wiring are attached to the poles in April - the workers alternate between using poles with hooks and stilts to reach the highest points. The hop vines start to grow during May and June. It is now that the films are given continual attention, with a heavy-horse team turning the soil between the hop poles. Stilts are utilized once again in July when protective netting is put up around the hops. The burgeoning hops are sprayed in August - a tractor moves up and down the channels, spraying the vines and refilling when needed. The fully ripened hops are harvested by multigenerational hoppickers in September. The harvest is taken to an oasthouse for drying. A forest kiln is created for the burning of charcoal, the material which fuels the furnaces of the oasthouse. As the year comes to a close, the fields are prepared for the coming year, with the burning of the unwanted vines and the stacking of the hop poles. 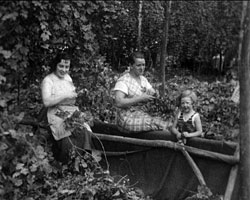