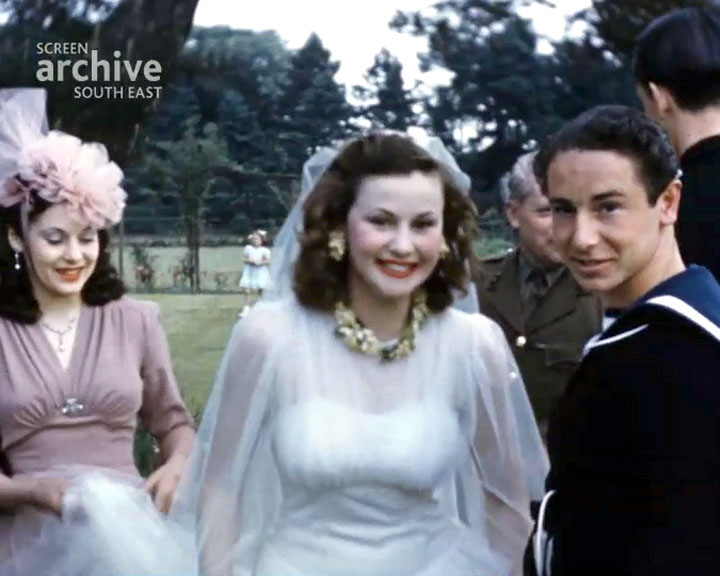 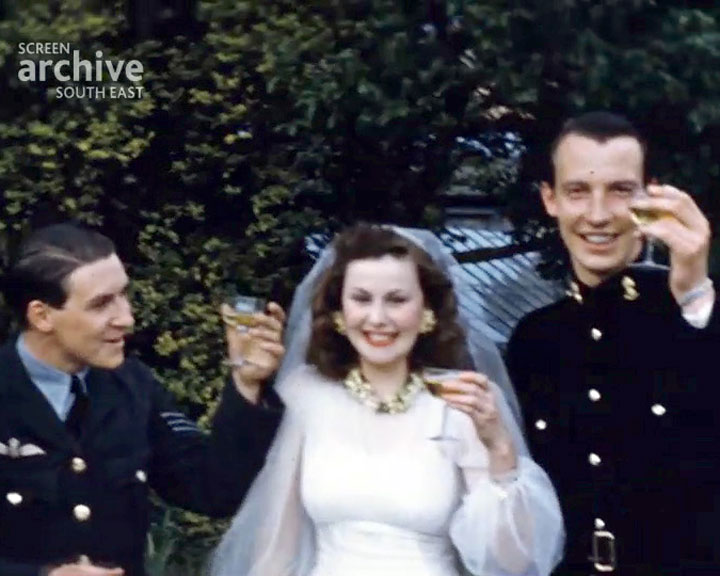 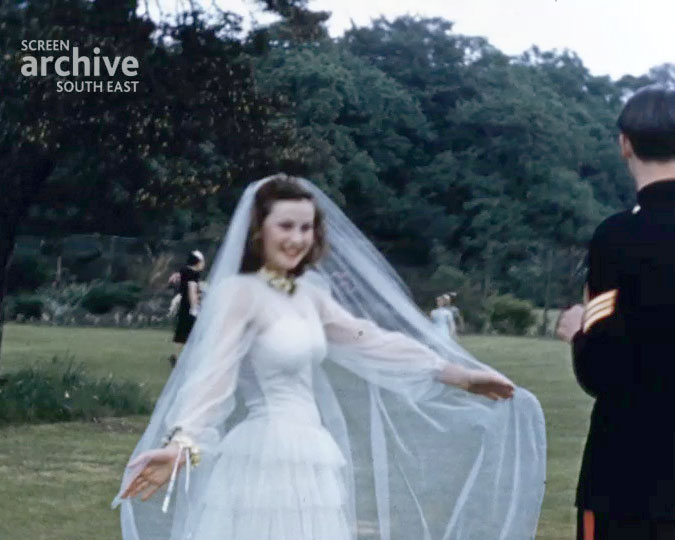 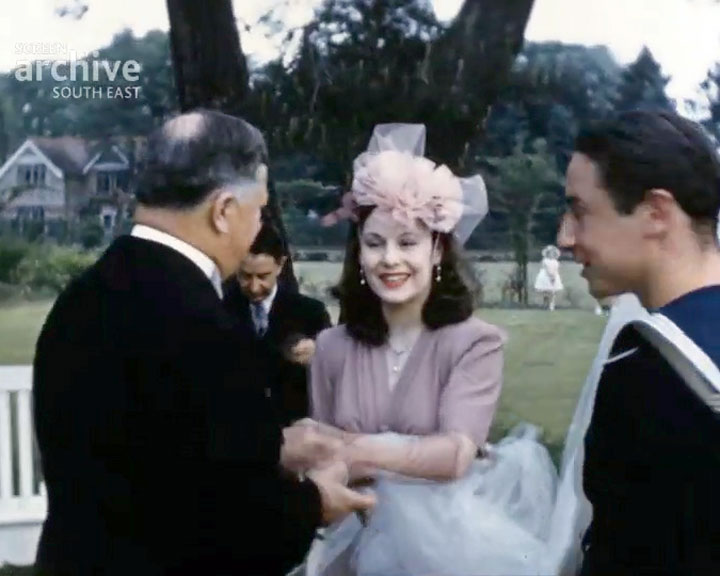 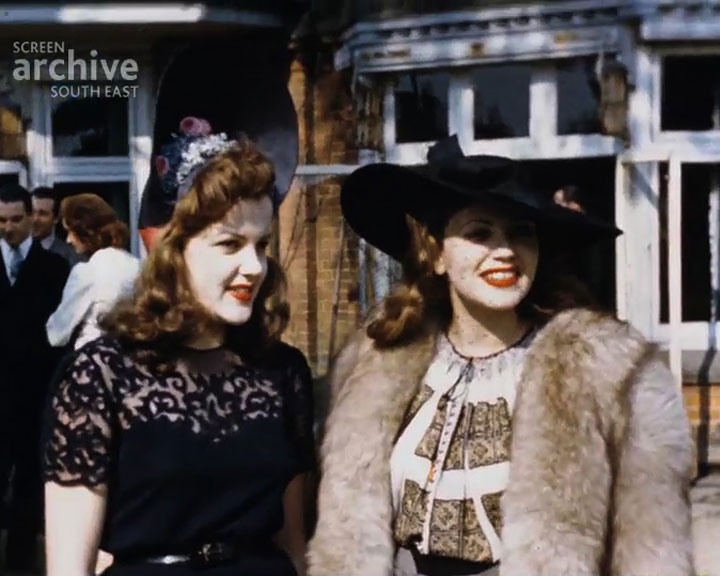 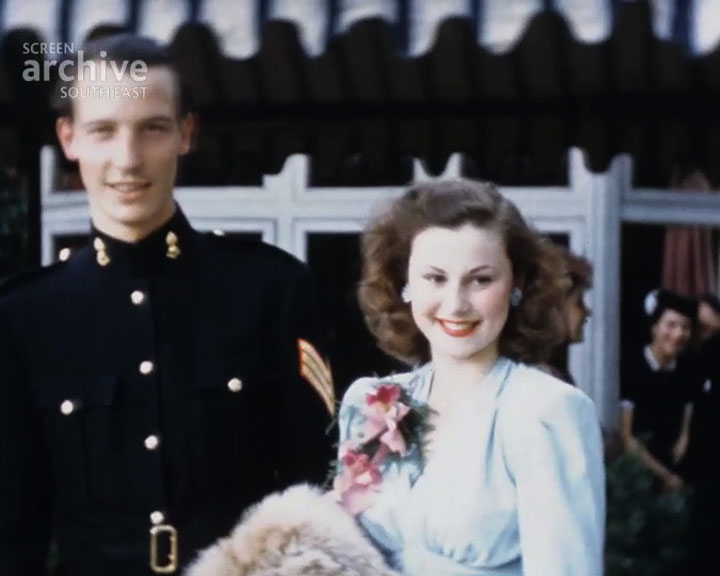 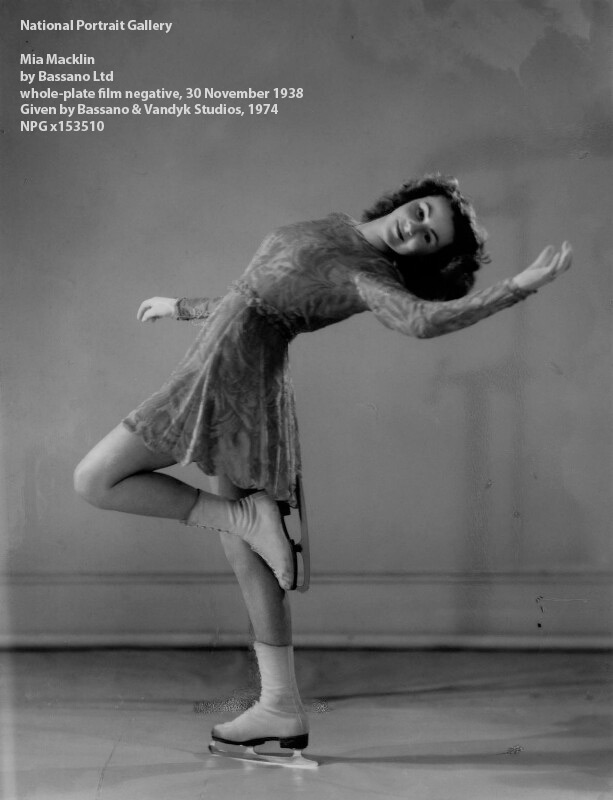 At the wedding, guests walk past before entering the church. The bride and groom stand for portraits in a garden outside the church, followed by scenes of a garden reception and several portraits of friends and family. The bride laughs and plays to the camera. She takes photographs of the groom herself and in her going-away outfit attempts to fish confetti from her dress and, at the end of the film, she cocks a snook at the film-maker. 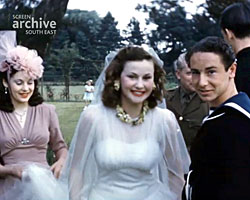 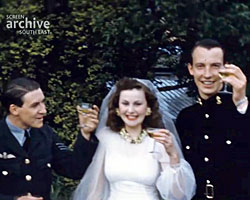 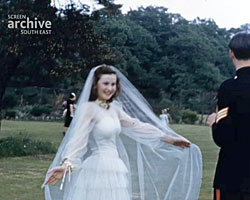 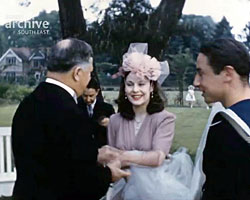 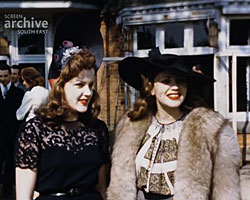 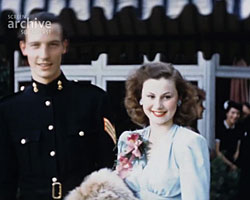 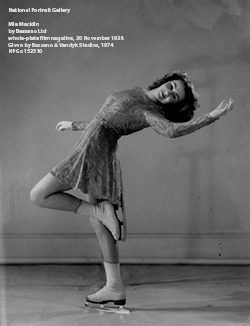 Mia Macklin was a figure skater and an actor. She competed for Great Britain as a skater an on water-skis in the 1930s. Born in 1920, Mia Macklin married Peter Rowland Hodge in 1940 and they divorced in 1945. She then married Jack Vietor in 1945 and lived in Beverly Hills, California, where she remained until her death in 2002

Mia's Sister Nada (wearing the pink dress) later became a surrealist painter living in the US and her Brother Lance (in the Naval uniform) became a British Formula One racing driver after the end of the Second World War. Their father Noel Macklin (later Sir Noel Campbell Macklin) was the founder of Invicta and Railton car companies and founder of Fairmile Marine.

Three portraits of Mia Macklin, taken in 1938 by Bassano Ltd. are held in the National Portrait Gallery Collections
http://www.npg.org.uk/collections/search/person/mp92183/mia-macklin