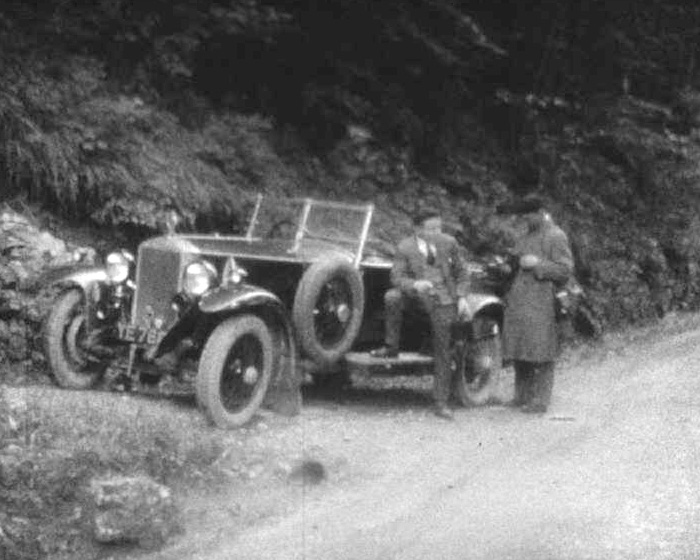 The film opens with the titles and date for the film, including the title screen "UHA Produciton". Ahearn and his navigator / travelling companion start the journey with some "preparation": working on the car engine and tire pressure. They travel towards Harwich, making a stop for lunch in Ware. Various scenes are filmed at the docks at Antwerp, including the car being winched off the boat onto the shore. The car goes through customs checks by the "Douanier". Scenes then move to the Rhine at Basel, "Luzern in the Rain". Several men are seen gathered around cars ready for "departure". Various points on the route are filmed including the Brünig Pass. The car's tires are seen being changed. The car takes on the 45 hairpin bends at St Gothard. A group portrait shows "The Whole Gang". The journey continues with a trip on the Funicular at Lugano, a humorous attempt to eat spaghetti and a visit to the Rhone Glacier. Scenes at Dieppe show the luggage being winched on board, passengers boarding and the ship departing.

A separate film of the London to Lugano run in 1927 features on: The Motor Cycling Club London Lugano Run [H.C.Reigate]