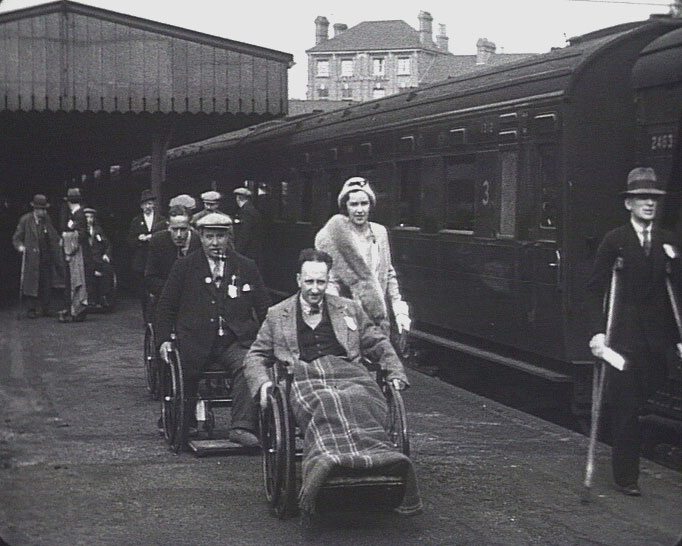 The film opens with footage of the disabled veterans boarding a train. The men, some of whom walk with aids, others who use wheelchairs, are filmed in the train as it travels to Margate. They are greeted on the platform of Margate station by the town's Mayor (Fredrick Lewis Pettman?) and the Mayoress, before driving along the seafront in a convoy of cars - a few locals applaud as they pass. The men are next seen entering the St George's Hotel, Cliftonville bedecked in a banner which reads "Margate Welcomes Our War Disabled Heroes." Inside an official tribute is followed by a dinner. The visitors later pose for a group portrait with their hosts.