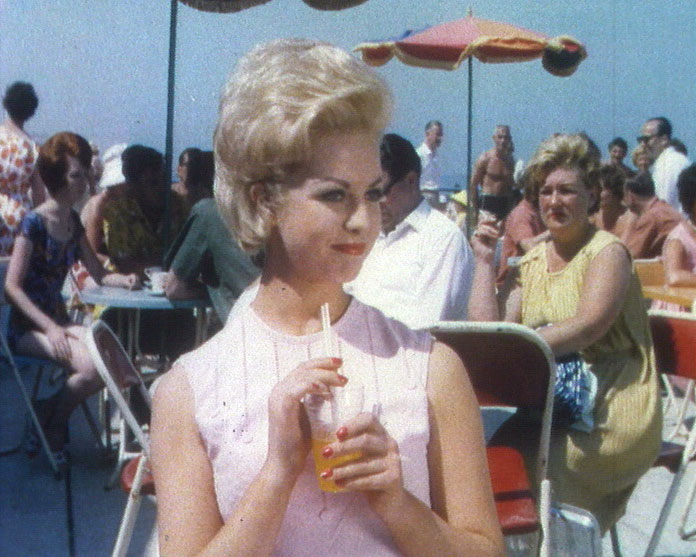 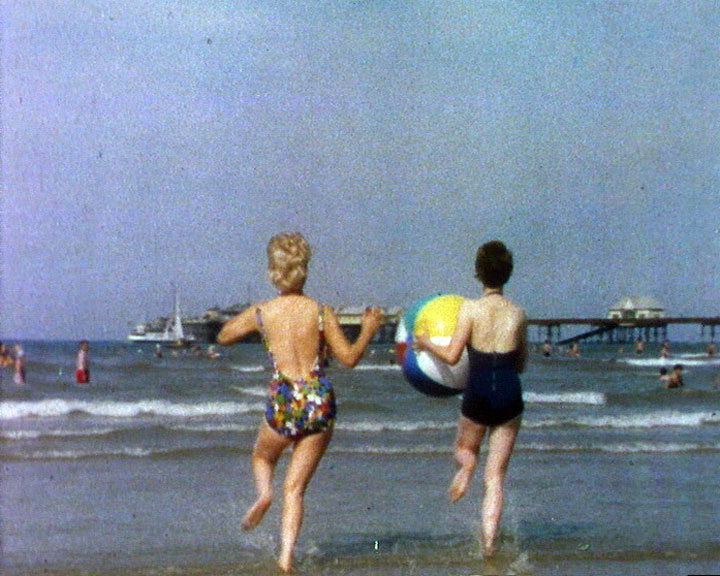 This film, narrated by Kenneth Horne, begins by emphasising the resort's good transport links as a vintage car is driven along the motorway. The commentary states "Thank goodness for the M2 Motorway, we can't wait to get to Margate". Once in Margate, the film takes the viewer through the main aspects of the resort, with 'Kathy' a young woman seen enjoying activities throughout the film. On the sandy beaches she is shown playing in the water and jumping on the trampolines. She takes a ride on a motorboat tour around the bay and visits the 'Grotto'; underground passages lined with seashells. The film shows some of the countryside in surrounding Kent and contrasts it with the flower displays along the seafront. 'Kathy' is seen looking around Northdown park and Dane park and there are scenes of Old Margate, Kentish oast houses and mill houses in the surrounding villages. A visit to Canterbury Cathedral is also shown as a potential day trip. Back on Margate beach, popular entertainer Norman Vaughn sits in a deck chair and the commentary tells us that he is performing at the Winter gardens theatre along with "a host of other top line stars".

Other features of Margate are shown, including the Clifftonville Lido, the harbour, the pier, boating pool, information centre and cafes on the sun deck. A group of men are shown playing 'Push Ball' on the beach, a man and boy play mini golf and a family group sit outside their beach chalet. Day trips to Calais are described as effortless, requiring no passport. The 'Queen of the Channel' ferry boat arrives in Calais harbour and 'Kathy' is shown looking around the town and having a drink at a cafe. Returning to Margate, there are views of the coast from the sky and 'Kathy' is seen again, enjoying various fairground rides at Dreamland amusement park. Scenes of the town's annual carnival procession, is followed by sunset at the harbour and lights on the seafront and at Dreamland. The film finishes with scenes of the final of the "Miss Margate national bathing beauty contest". Barbara Windsor, Ian Hendry, Janet Munroe, Norman Vaughn and the Mayor of Margate are amongst the judges. Women parade on stage in bathing costumes and the award is presented to the winner. The closing credits invite prospective visitors to send off for Margate's Official Holiday Guide. 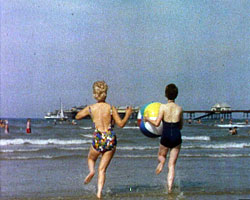