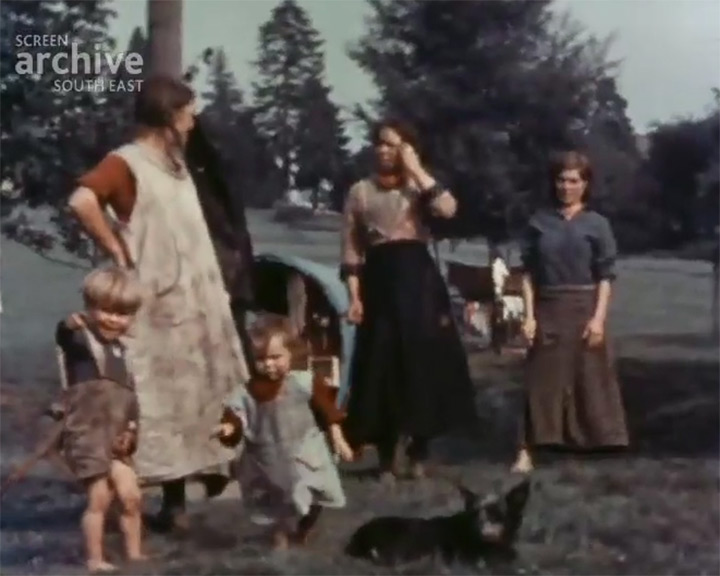 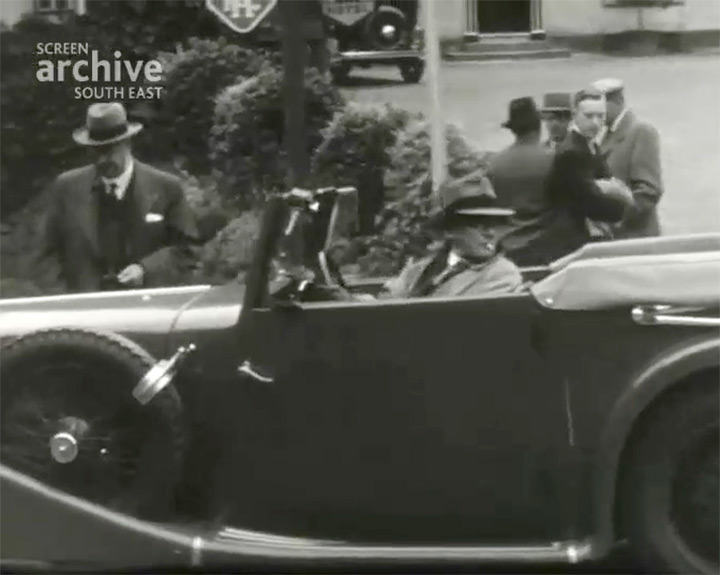 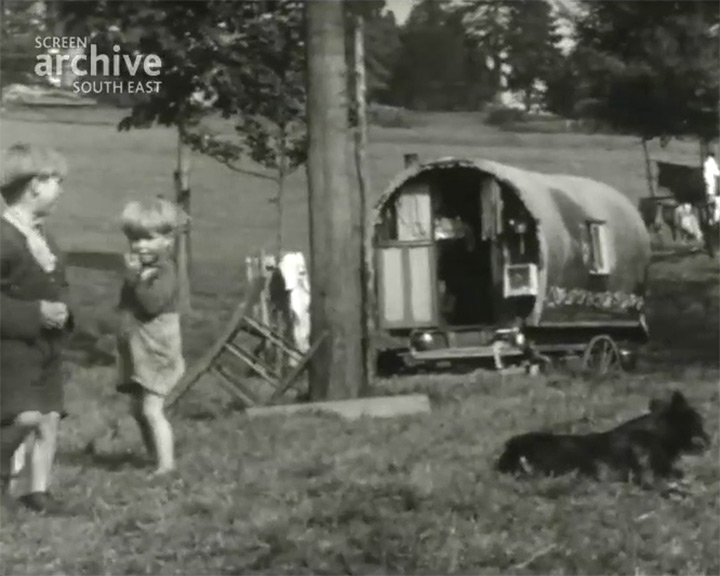 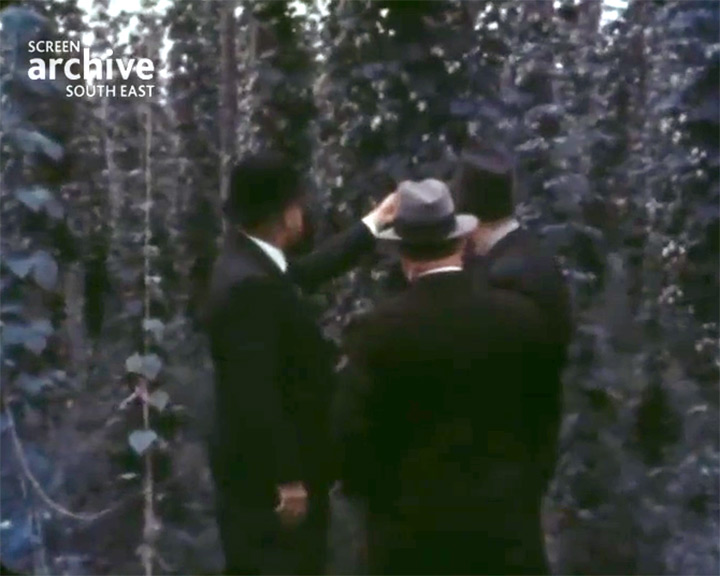 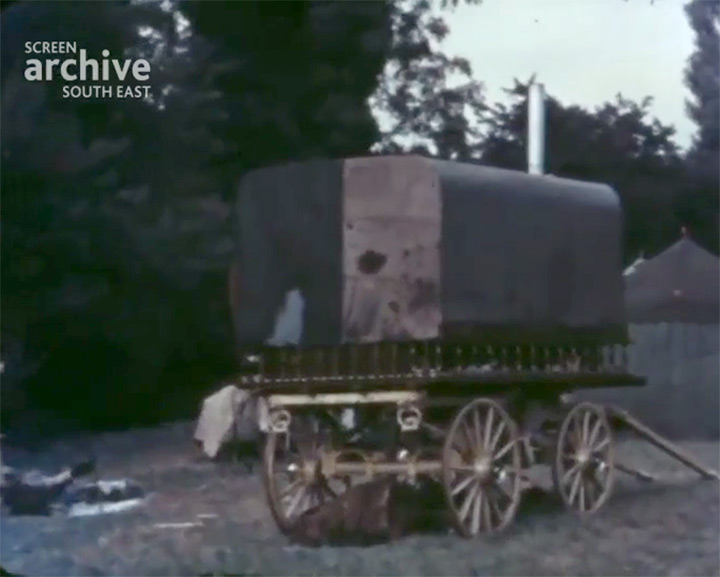 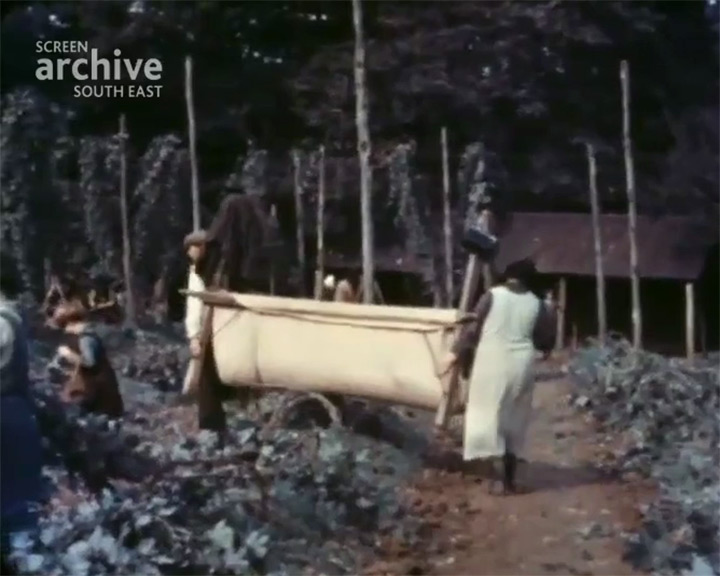 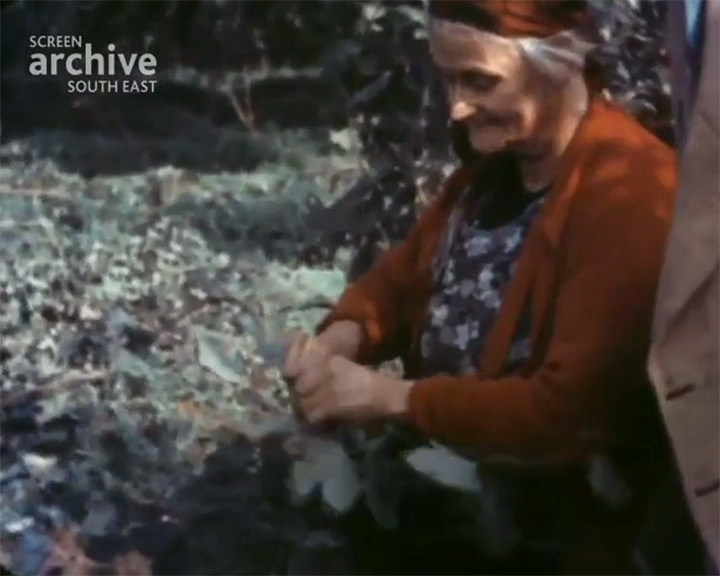 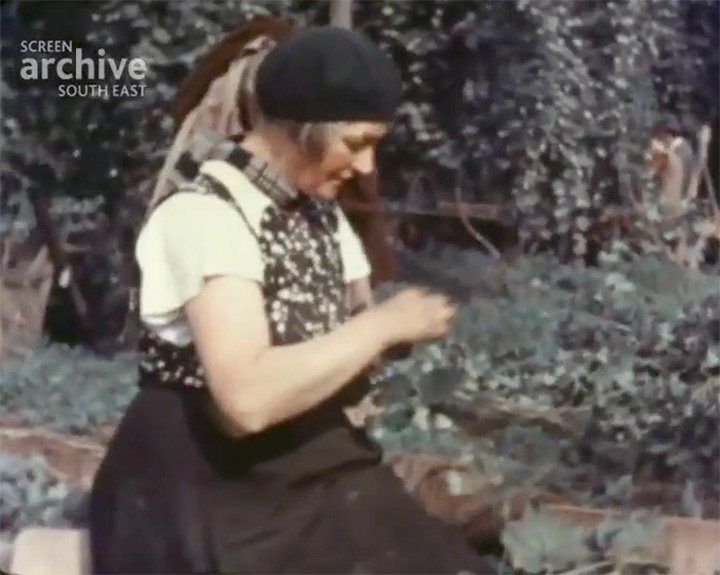 The film begins in black and white with views of the men assembling with cars and coaches outside the 'Abbey Hotel' and at the hop farm, with views of a steam train passing in the background. Shots follow of the men sampling beer and workers unloading sacks from a horse-drawn cart into a warehouse. Gypsy women and children are shown with their traditional caravans, with the children later playing in a garden and on a swing. Moving to colour, many of the previous farm-based scenes are duplicated and extended. This includes a shot of the train returning, with the addition of a large group portrait, and shots of men leaving 'The Swan Hotel at Tenbury Wells', in Worcestershire. Several scenes of women and children harvesting the crop closes the film. 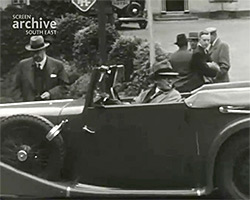 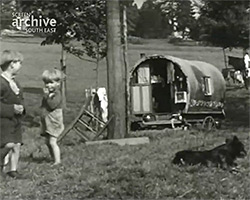 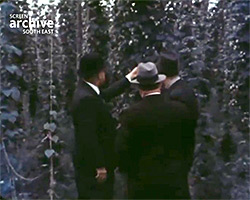 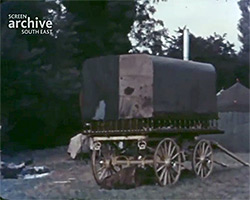 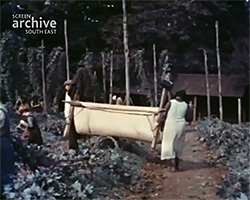 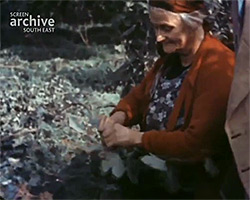 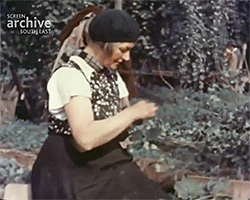 This may possibly be the Swindon Wiltshire Brewery for which CB Henning was the liquidating accountant in 1949.