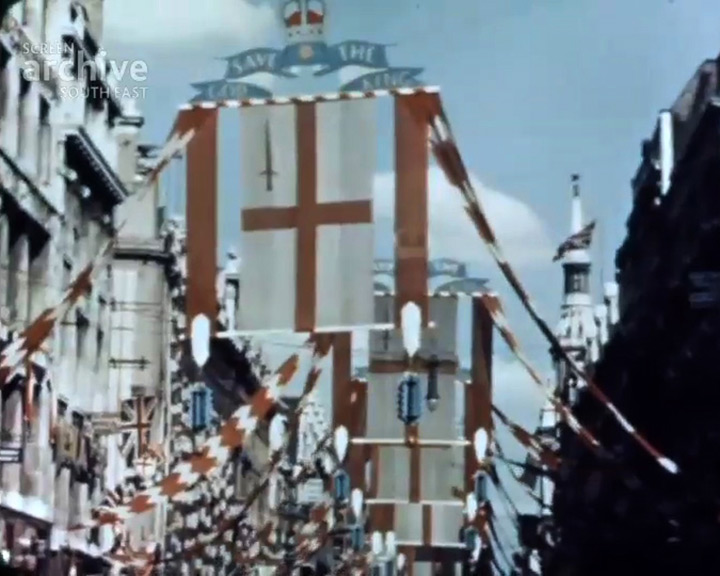 The film begins with a sequence showing the Coronation celebrations in various locations around London including Hyde Park, Buckingham Palace, The Mall, the Admiralty Arch with Royal Artillery Boer War Memorial, Crimean War Memorial on Waterloo Place, Big Ben - Westminster Place, Trafalgar Square, the National Gallery and Tower Bridge. Much of this section is dedicated to shots of the impressive street decorations. The next sequence is compiled of scenes from the RHS Chelsea Flower Show, with many colourful specimens on display. The final sequence, which makes up more than half of the film, shows various rural and rugged coastal landscapes of the West Country and Cornwall. Mixed with the landscape shots follow, including goats tethered in a field; a fox sanctuary, with cubs being feed milk. A view of Newquay is followed by a lighthouse and a small fishing village.