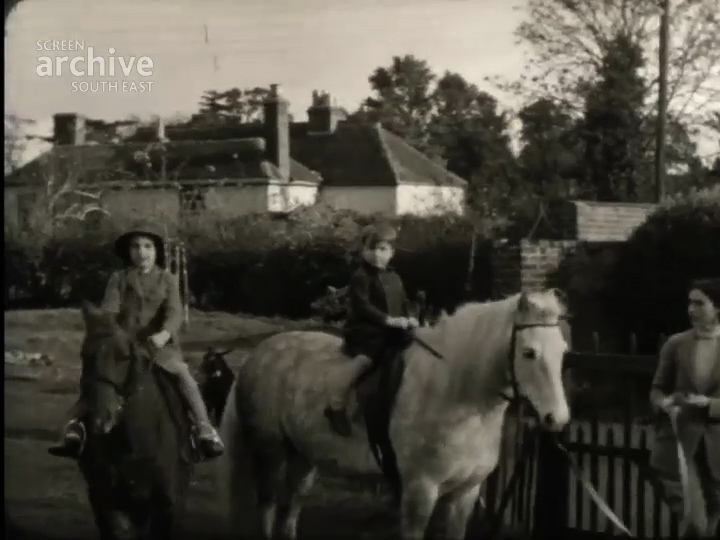 The film begins with scenes of a group hare coursing or hunting rabbits: greyhounds chase and catch a rabbit; the catch is shown to the camera; men are shown gathering and inspecting the dogs on show. The middle section of the film shows children at play in a garden setting, helping with the gardening while their parents are putting up wooden fences. Some close-up portraits of the children follow. From here it cuts to shots taken from the window of a moving train. Next the children - some wearing riding clothes - are shown playing with a large white rabbit in a garden, riding ponies and playing with a goat (some slow motion). Following this, there are two short shots: the first is a scenic view and the second is of a brass band on horseback. There is a longer sequence showing a seascape with many large boats close to shore. The last section is compiled of shots taken at a cattle market, including poultry, sheep, and pigs. The final shot shows a street market and traders.