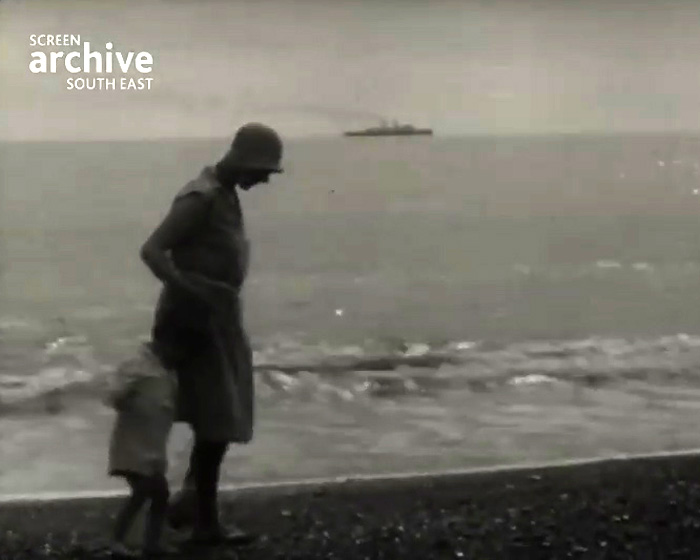 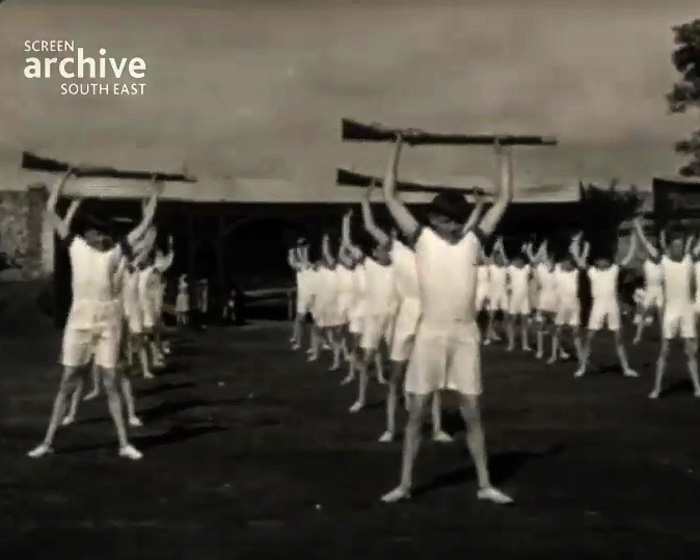 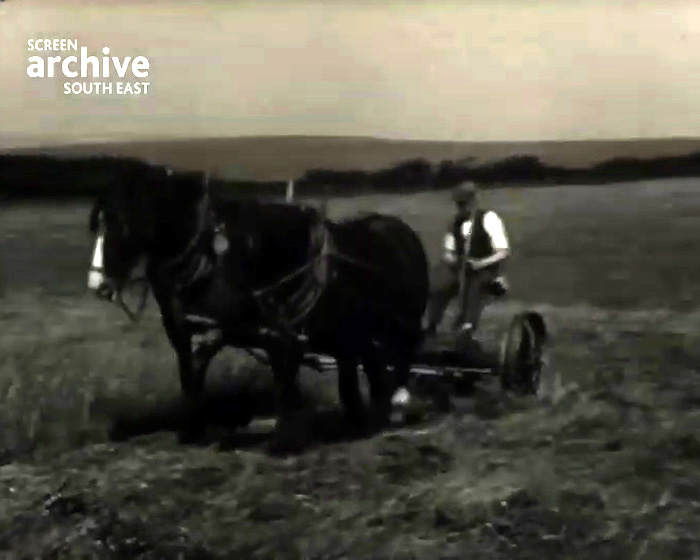 The film begins in black and white with a sequence of various mixed material including: a brief double exposure picnic scene; followed by scenes on a boating lake with hand-cranked paddle boats; a visit from the grandparents; a toddler in a baby carriage; cubs or boy scouts activities; the family in the garden and at on the beach at Seaford. A steam ship is entering the port of Newhaven in the background; a deer park; fishing at the seaside.

The middle section of the film shows a school sports day. Boys perform various exercises sequences in formation (some with wooden rifles) on grass playing fields. There is a fancy-dress parade for the smaller children. Further mixed sequences follow including: a farmer ploughing a field on a horse-drawn plough; a sunset seascape with sail boat; men playing golf; a view of a lighthouse taken from adjacent chalk cliff headland at Beachy Head; two men fishing; ornamental gardens at Cowdray Park; waves breaking on the beach; a boy walking with his father on groynes. These short sequences are followed by a longer section depicting views of a trip to a boating lake at Isfield with several shots taken from the boat. The film closes with another longer sequence, in colour, of a family trip to Drusillas Park, where the family look at the animals and ride on a miniature railway train - a model of the ‘LMS’ (London, Midland and Scottish Railway Co.). The final shots, again in colour, are of a snowball fight on the South Downs, and portraits of the children in the garden. 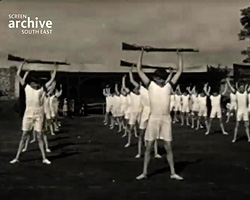 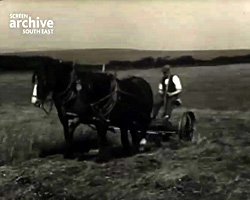