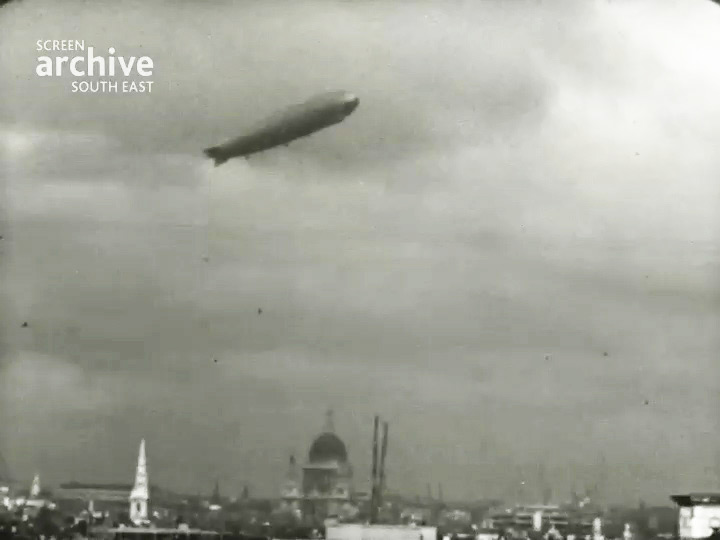 The film begins with several shots of an R101 (?) airship flying over the London skyline (with St. Paul’s Cathedral visible). Next a young girl is shown feeding pigeons in Trafalgar Square, followed by shots of the fountains, Nelson’s Column, Admiralty Arch and views of Big Ben and Westminster Abbey. In the final shots, young children play in a garden with their grandmother: the girl walks towards the camera; the group pose for camera; the grandmother gives the children sweets from a tin; the group leave the house and walk down a suburban street.