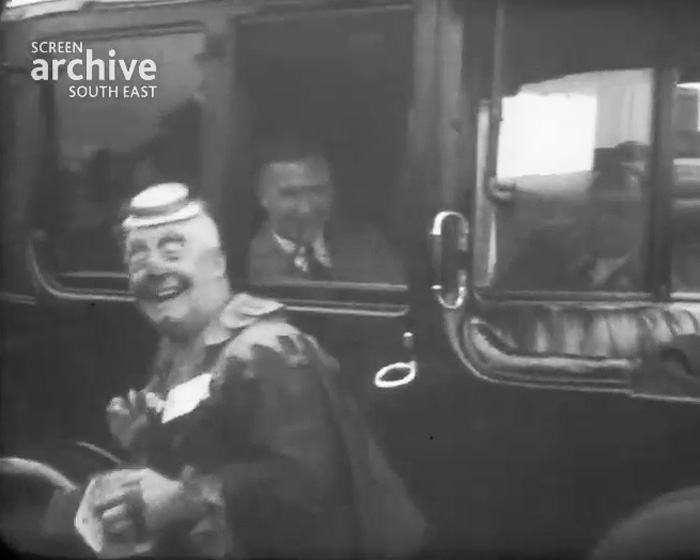 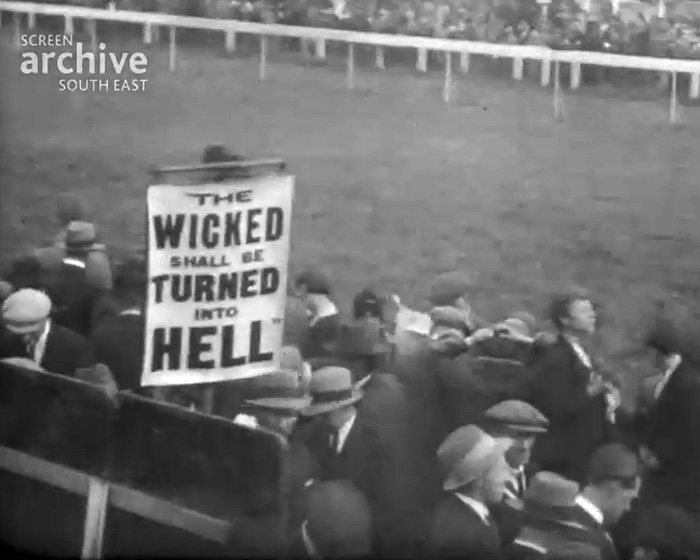 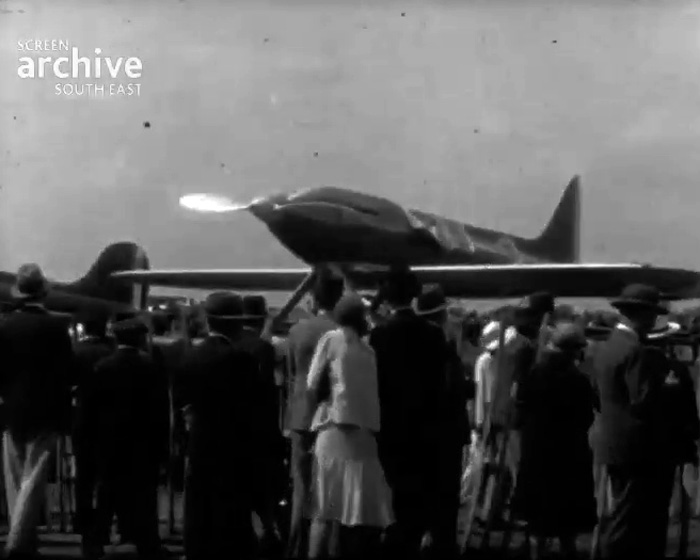 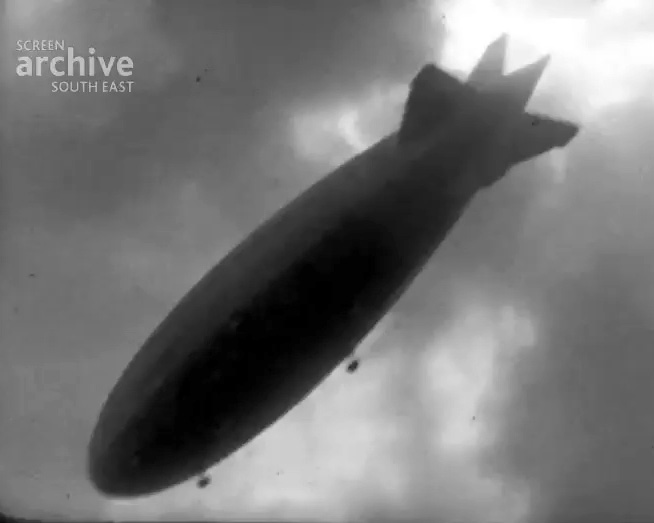 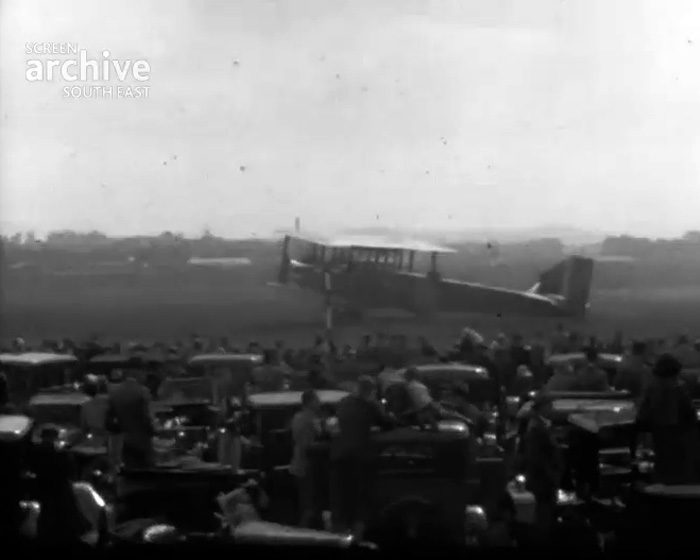 The film opens on the Bognor Regis seafront with a short compilation of shots of a woman and child wading in the sea. Three planes fly in an arrow formation overhead. A woman and child sit on a blanket in a garden setting. Further shots show a woman and child wading in the sea follow. The Epsom Derby (1931) section begins with sequences shot in the car park with the race course in the background followed by a shot of a clown with a squeezebox next to a car, whilst men inside look on laughing. Groups of men and women are shown in and around the cars. This is followed by more shots of the betting areas; the crowd gathering; souvenir sellers; wide shots of the crowd and track taken from atop a car. Views of the races follow. This section closes with scenes of the crowd dispersing including an birds eye-view shot of ladies pouring drinks in an open-top car and a shot of a man in the crowd carrying a religious placard reading “The wicked shall be turned into hell”.

The next sequence is a set of very short shots of a young child at play, a couple leaving in a car, and a bride and groom leaving church showered by confetti from the crowd.

The final section at the Hendon Air Display (1930) is compiled of mixed shots of various aircraft - including bi-planes and the airship R101(G-FAAW) - either tethered, flying in formation, or taking off and landing. Parachute and 'skywriting' displays, are followed by a controlled explosion of a barrage balloon. 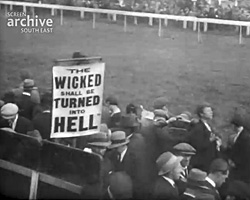 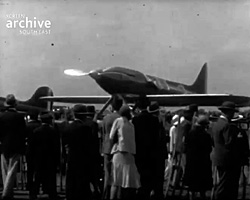 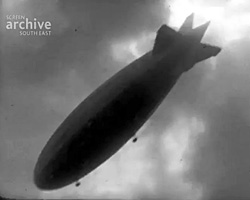 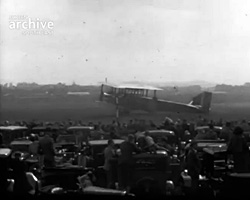