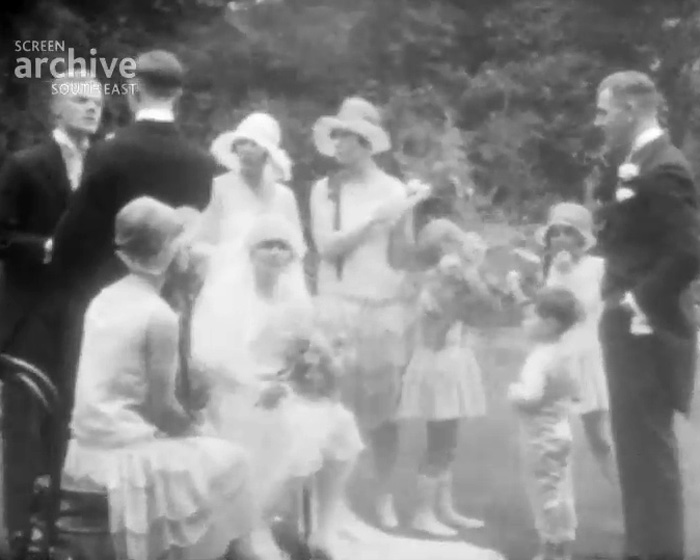 The film begins with views of the total solar eclipse of 29 June 1927, the eclipse thus making day appear as night in this short sequence, just visible are several beach views: the sun; figures moving silhouetted against the sea; a low flying bi-plane; contrasting shots of complete blackness and the sun. The majority of the film then shows various scenes of a family holiday in Ireland: a small-gauge passenger steam train; playing with baby in the garden; attending a wedding; the family at leisure in a rural setting; a wagon ride and horse riding; swimming and diving from the quay; sunset walks on the headland; a small waterfall and stream; a horse show; a rowing trip. Some of the seascape views and the footage from the boating trip at the end of the film are particularly noteworthy.