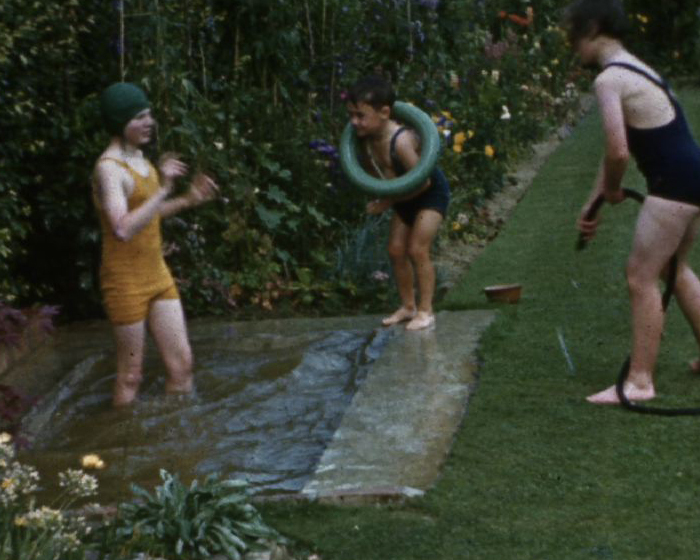 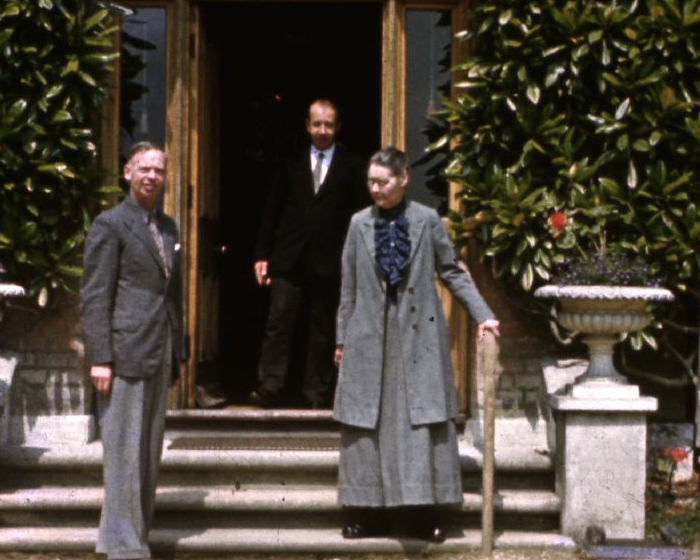 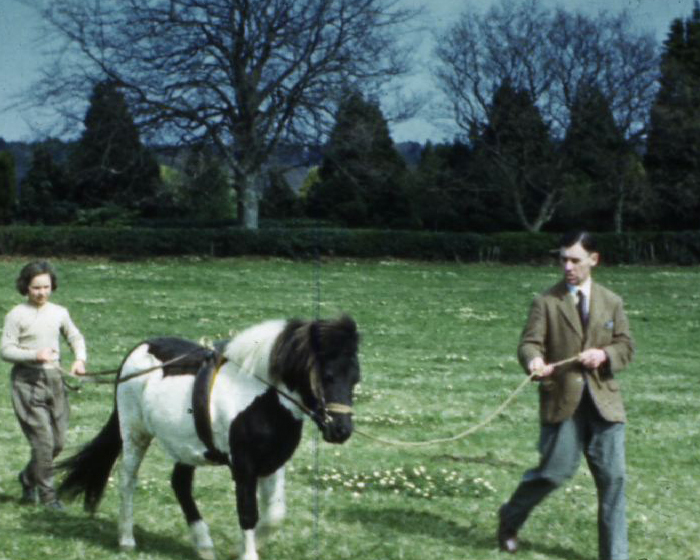 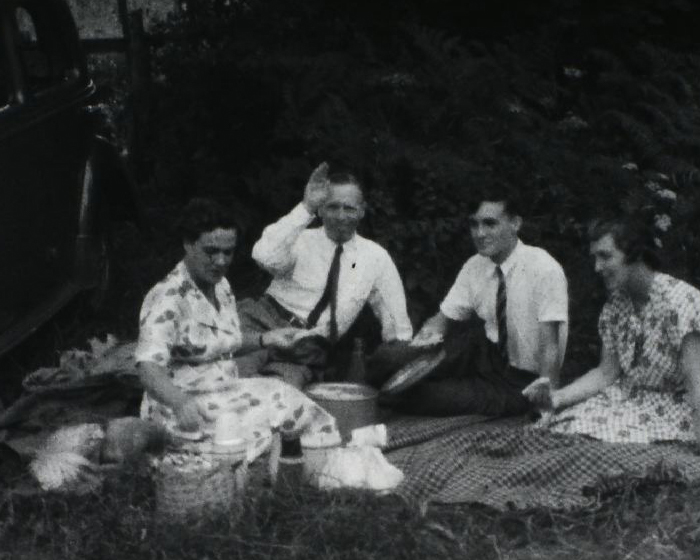 This film shows a young girl in a garden and then stirring a cooking pot. Children play in a garden with their family and (in colour) paint a pen for three tortoises. This is followed by exterior shots of Trinity College Oxford (University of Oxford) and Magdalen Bridge over the River Cherwell with the spire of Magdalen College in the background. The scene closes with two red busses passing over the bridge.

This section shows mixed scenes of a group of children hunting for Easter eggs in the family garden in Cross In Hand. The children carry small wicker baskets in which to place their found eggs. The film then cuts to scenes of a Point-to-Point horse race.

The next section opens with colour shots filmed from a vehicle, showing a woman opening a gate for a vehicle to pass along a driveway up to Southwood Lodge in Hildenborough. A wide shot of the facade is followed by a shot of two members of the family standing on the steps. The woman wears a Victorian style long skirt and jacket in grey wool. The Butler stands behind her but is promptly dismissed.

This section shows a various shots of the family playing together on a lake with toy boats, tobogganing down a hill in the snow at the Cross-in-Hand, exterior views of the family home and family members checking on the pet Shetland ponies in a field.

There are shots of several children playing in an outdoor pool in a garden, a young boy feeding several groups of pigs, a man with an odd shaped root vegetable in his mouth; closing with shots of chickens, cows and livestock in a field.

A colour sequence shows flowing plants and flowers including close up shots of daffodils and primroses in a woodland. The scene cuts to to shots of a girl long-reining a Shetland pony in a field with other children playing in the playground behind. A field of Bluebells, is followed by a boy playing with a dog in a flowering garden and a young boy playing in a garden pool.

The family are seen attempting another Easter egg hunt in the Cross In hand garden. The colour section shows the family looking for the eggs and sitting together to eat their findings. A brief shot follows of a young boy in a metal ARP helmet riding a bike and several children playing with the family pets in the garden. The film then cuts to colour shots of the children sat on a beach and swimming in the sea at St Ives, Cornwall, followed by a sequence of black and white film of a large procession [St James Day - July 25th 1941] around Knill's Monument with 10 girls dressed in white and various dignitaries and townsfolk close behind.

The scene cuts to the family fishing, playing in the garden and driving one of their Shetland ponies around the front driveway, tethered to a carriage. In the background, sandbags cover the doorway to the house. The shot cuts to black and white film of a Spitfire aircraft flying overhead, followed by mixed views of the family in portrait outside the house and in the front lounge behaving in a mischievous and playful way. On the garden tennis court, a couple play a game of tennis.

The next sequence seen in colour, shows shots of the Cross In Hand family home and gardens, followed by black and white views from the balcony of the house across the landscape towards the South Downs and shots of the family playing tennis. Colour close-up shots of the garden show pink Lupins in full bloom and a pet crested Cockatoo displaying in the garden. The shots continue in black and white, showing the garden laid to lawn, pruned trees and views across the South Downs.

Seaside scenes follow in both black and white and colour, with the family sitting on the beach and swimming in the sea. The family stop for a picnic at Birling Gap, followed by exterior views of Bodiam Castle with the family taking it in turns to exit through the main gate. The film closes with a montage of shots of the family standing outside several houses and a village church, with the vicar. 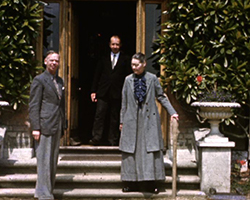 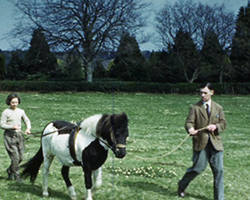 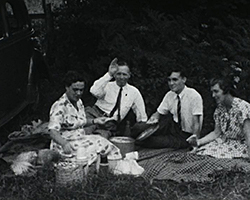 Lanrick was the name of the family home in Cross in Hand, East Sussex