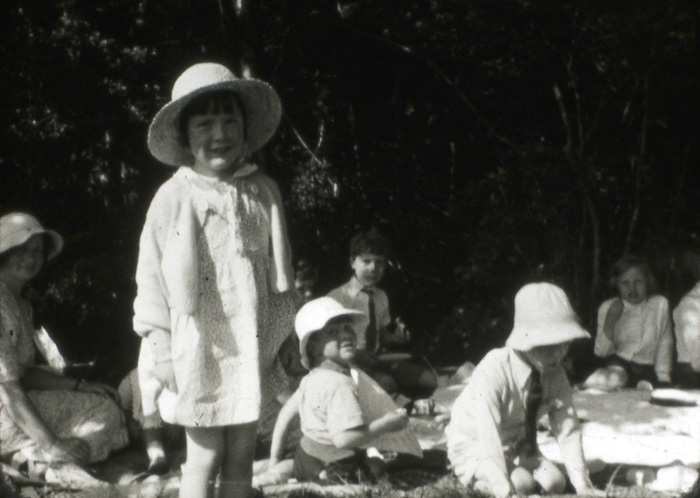 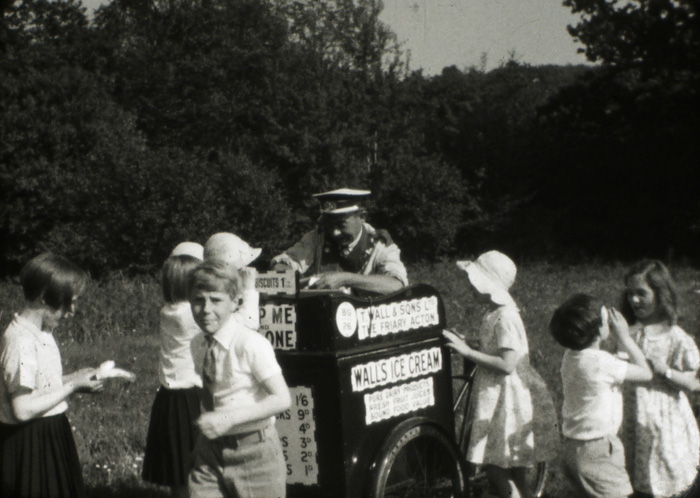 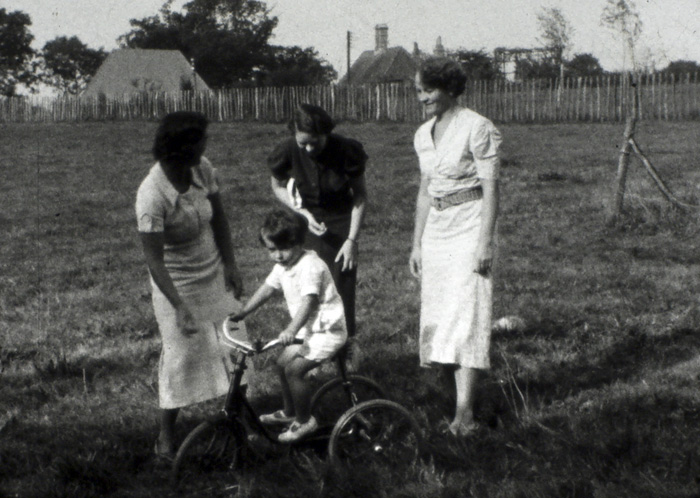 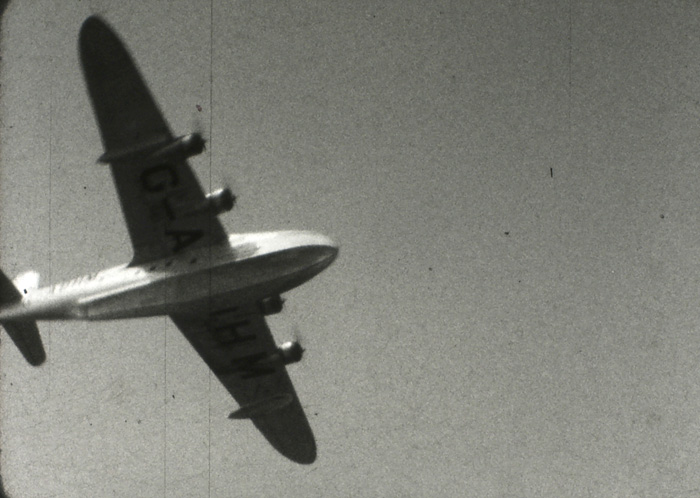 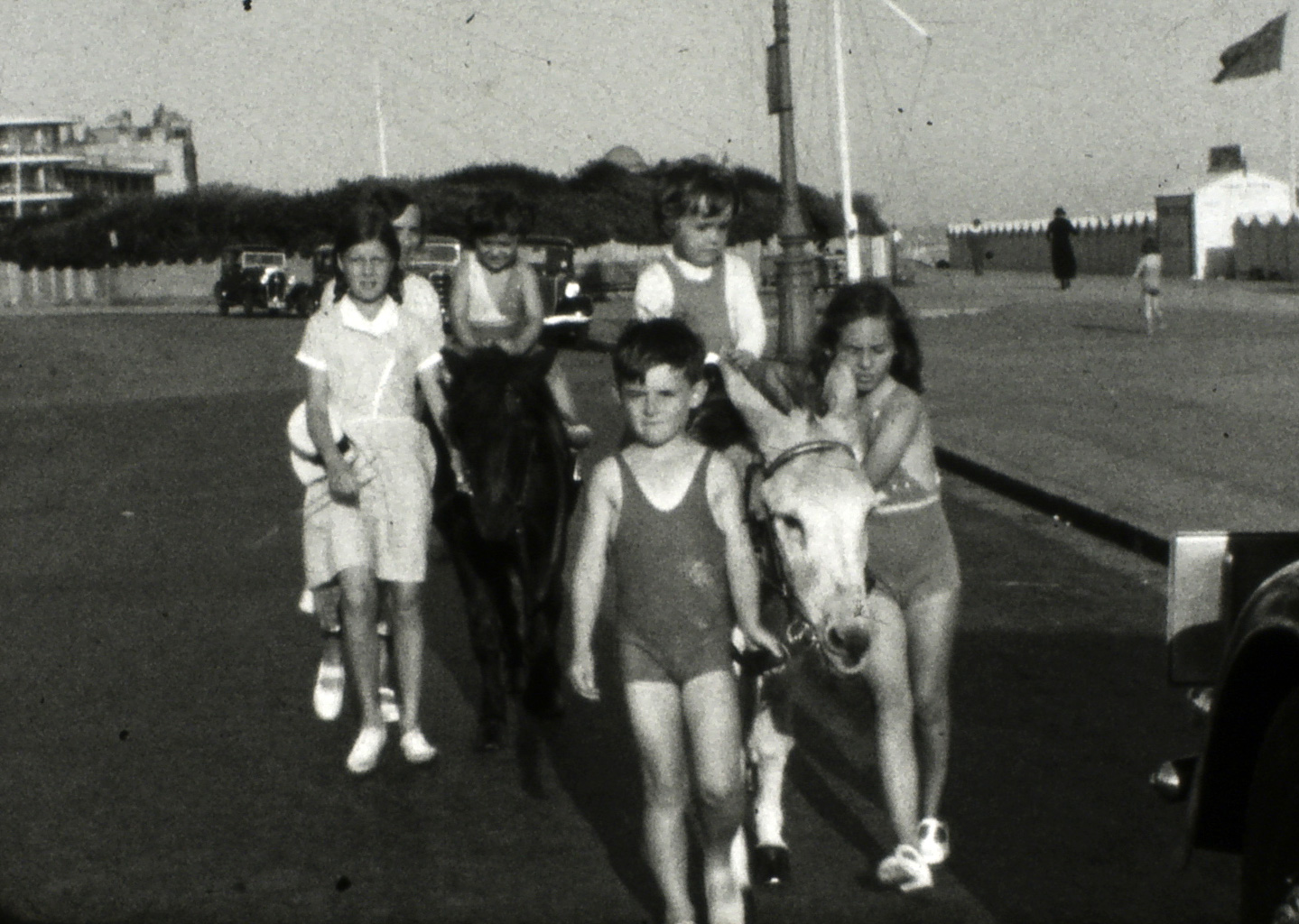 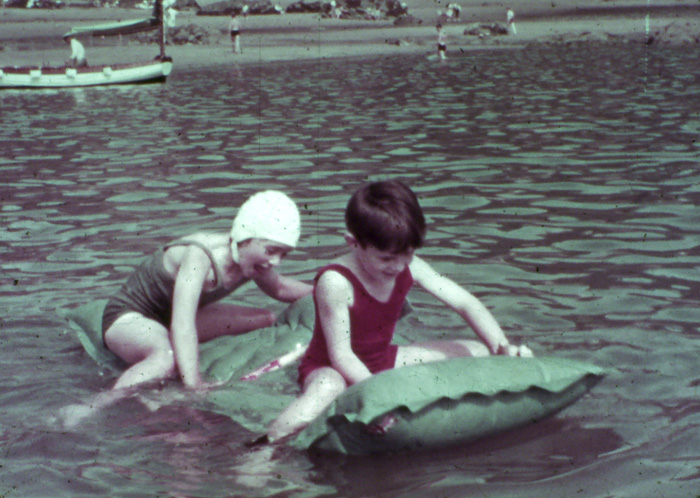 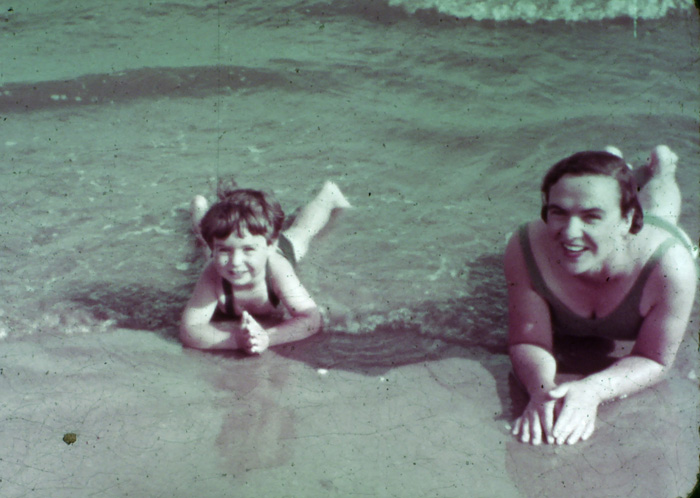 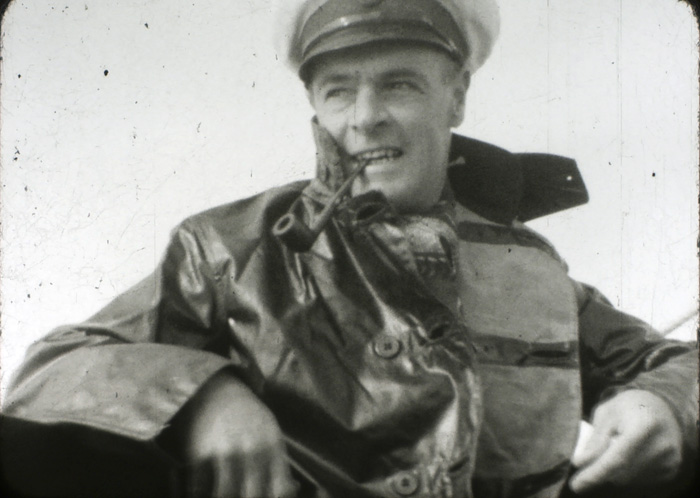 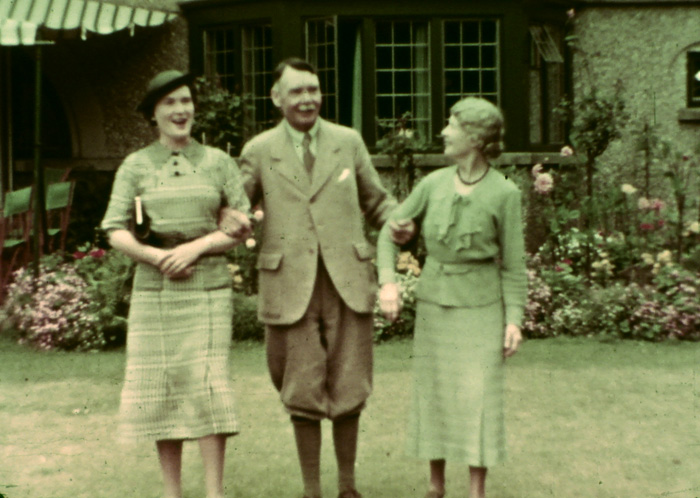 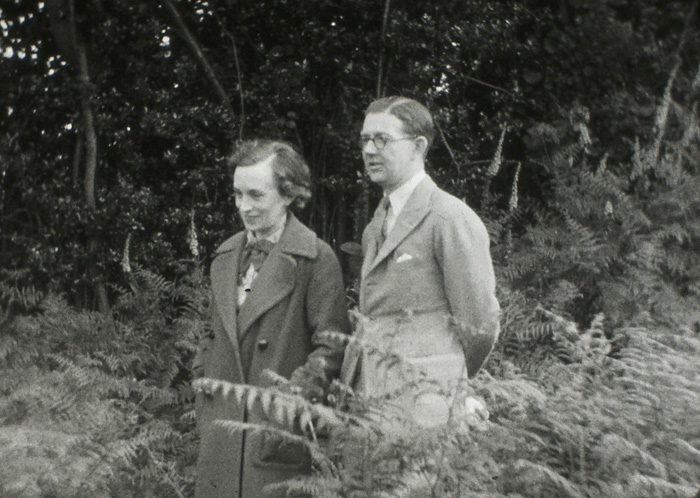 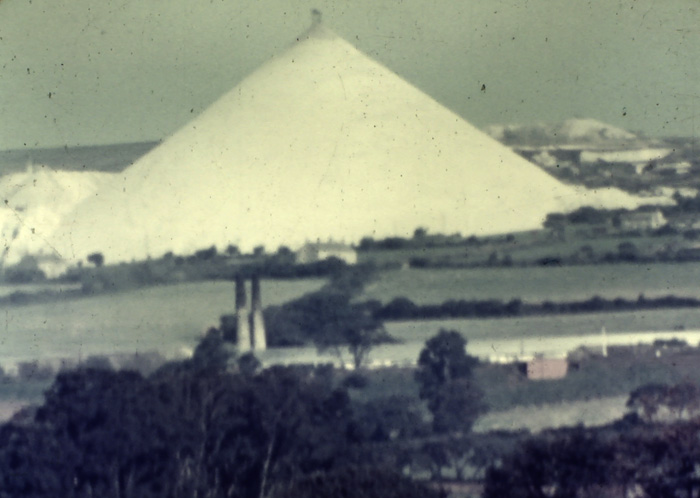 This film shows the family playing on the shoreline with pond-dipping nets, buckets and an inflatable lilo in the sea. The film also includes several close-ups of the children and family eating a picnic on the beach. The family are then seen playing in a garden on a swing set, with a toddler and baby sat on a blanket for portrait shots and shots of the toddler in a pram jumping up and down.

The next sequence shows three children playing together in a garden with a dog, a woman and a boy showing two budgies in a box to camera, followed by a shot of several birds in an Aviary. Further portrait shots follow of a toddler and a woman pacing in front of the camera in the driveway to a house, and exterior shots of Bodiam Castle from the drawbridge across the moat, with shots of the interior of the ruins. The sequence cuts to further family scenes of the children and several adults walking the children around the garden and the children playing with toys on the lawn.

The next scene in Dufaycolor shows the gardens surrounding the house, with rockery and flowers in full bloom and a Sundial. Individual colour shots follow of two children playing with a pet mouse and a group of children with their toys in the garden. The sequence finishes with various shots of the family pets including an aviary of budgies, caged Guinea Pigs and a Shetland pony.

The next sequence opens with shots of the family, opening with an interior Dufaycolor shot of a girl sitting in a chair reading a book, colour shots of the girl dancing on the steps in front of the house, mixed shots of the garden and house covered in snow and the children playing in the snow in the garden.

A second series of colour and black and white family shots follow that includes: a woman doing needle craft; a children's picnic and birthday party in a woodland with a Walls ice cream seller; the children playing with a ride on classic car; a steamroller style train engine and the filling of a shallow tin bath in the garden with a hose, so a boy can paddle.

The next part of the film features shots of a Short's 'C' Class Empire Flying Boat (registration G-ADHM - Imperial Airways Livery marked 'Caledonia'), followed by shots of the children playing on a boating lake and on a playground in Bexhill.

The next colour sequence shows the family on a beach and the children on pony rides on a road next to the seafront. An extended sequence of shots shows: exterior views of a thatched Tudor style cottage (Newbury); the family playing in a garden at Redisham Hall; a sailor smoking a pipe; a D-Class Yacht ('D' 'UK25' ?) and a series of portrait shots of the family in the garden with friends.

The film then cuts to colour shots of a garden fish pond with close-ups of the fish and pond life, followed by a family group portrait in the garden walking towards the camera. The man is dressed in plus fours and knee length socks and the two older women wear summer day dresses.

Individual colour scenes show: the garden and pets; a young girl riding 'Betty' the Shetland pony with 'Billy' the foal following close behind; a young boy climbing up the stand of a dovecot and a sunset and steam boat on water.

In black and white, the film shows various scenes that include: a family group gathered in the driveway; a young boy playing with a hula-hoop and a stick; an older boy throwing a toy RAF plane; two children having a water-fight in the garden with a hose; a boy with the two Shetland ponies (Betty and Billy); a mixed tennis doubles game on a grass court; views from an upstairs window of the South Downs; a men's tennis doubles game on a grass court and two boys playing in a river in a wood. A series of winter scenes then follow of the family home under snow, two boys building a snowman and a boy pony riding in the snow.

The film then shows mixed black and white and colour film of a trip to the West Country taking in: Stonehenge; a group of deer in the New Forest; a fishing village with coastal views; views of a China Clay pit and waste mound; St Michael's Mount; Tintagel; Clovelly village with 'New Inn' and a young boy playing on a tricycle in the driveway of a house. The film closes with a landscape view at sunset from the family home in Cross In Hand. 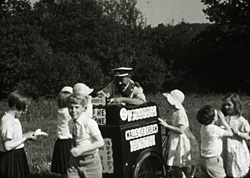 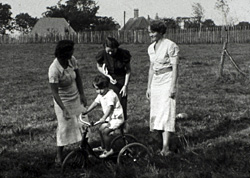 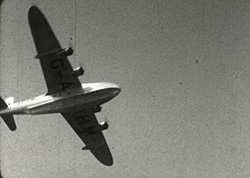 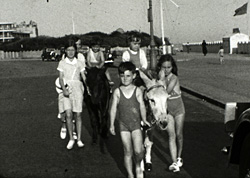 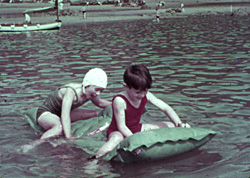 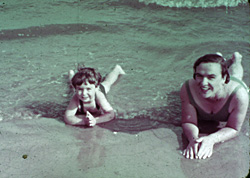 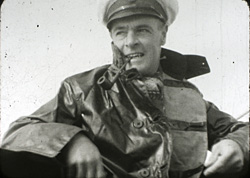 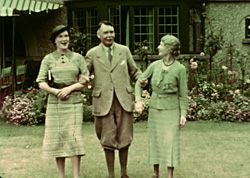 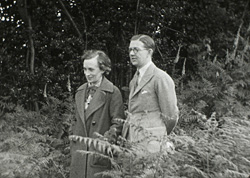 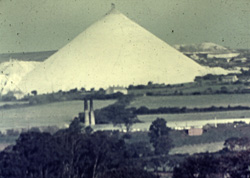