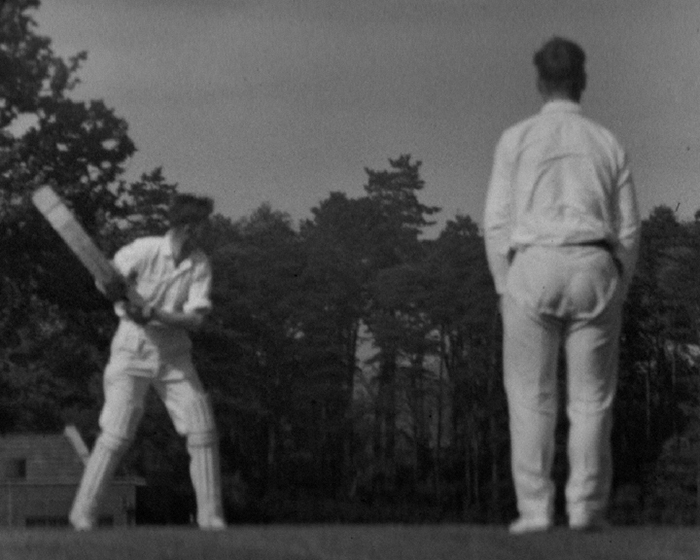 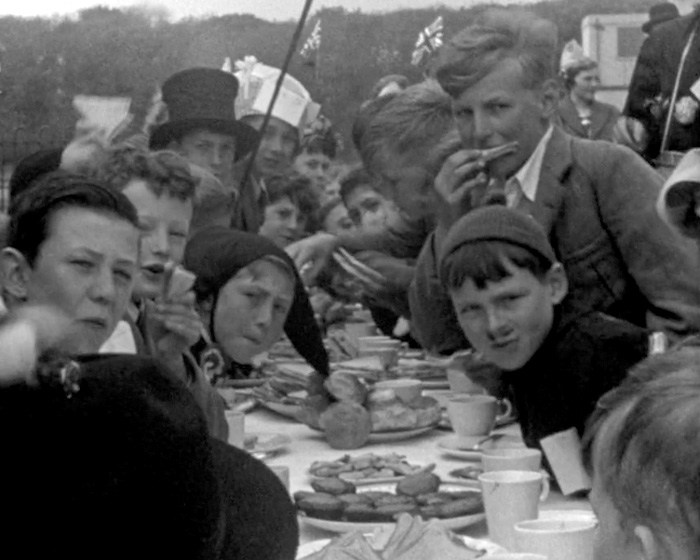 The film begins with scenes of Laughton Lodge in Sussex where a cricket match is played. An Intertitle reads: 'Alderman S. C. Thompson hoists the District Cricket Association Championship Flag won by Laughton Lodge'. After the flag is hoisted, further cricket scenes are shown. An Intertitle reads: 'the Mayor Takes his Cue!'. The Mayor plays one shot on the snooker table. Various people are seen standing in the Lodge grounds. At Brighton Racecourse the crowd are filmed on the racing stand and part of a horse race is shown. The bookmakers take bets on the field.

A man disturbs a turkey's nest and picks up her chicks. The turkey tries to fight off the man as he takes away the brood. A young girl is filmed holding several chicks in her hands and on her lap. The chicks are placed in a box and the turkey put back in the pen. A scene of traffic around Micklegate Bar in York is followed by scenes of industrial ships and barges passing. A group of women are then seen playing a game in a garden.

On Brighton seafront, crowds stand behind barriers while Police officers stand in the road. A brass band parades along the road in front of regiments of sailors, wrens, soldiers and other service men and women. All salute as they pass. The Mayor and various Officers and other dignitaries stand on a podium. Interior shots show a group of officers and civilians amongst a Museum exhibition (?) about Brighton and Hove transport and Waterworks. A woman and two young girls pose for the camera.

A 'Children's Victory Tea' party takes place in the street with children seated along trestle tables in the road. The children eat sandwiches and peer at the camera, many are wearing fancy dress costumes. A man plays an accordion. The Mayor visits and gives a speech.

A brief scene of a visit to the Zoological gardens features various caged animals pacing, including a lion and bears.

A large marquee in Brighton has a sign reading 'Royal Armoured Corps' next to this is a busy street and buildings including the Ice Rink 'SS Brighton'. The Mayor and various officers and dignitaries give speeches to a gathered crowd outside the marquee. Dark interior scenes at the end of the film show the Mayor (?) in his office, answering the telephone and then wearing his official regalia and street party in Balfour Road, Brighton. 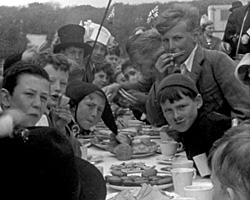