The archive holds a range of films advertising Kent and its seaside resorts of Margate, Ramsgate, and Broadstairs. Dating from the 1930s to the early 1980s, all the films follow similar formulas; advertising the good transport links to Kent; promoting the entertainment facilities to be found in the resorts; and emphasising the sunny weather to be enjoyed at the seaside. The earliest seaside publicity film in the archive, Magical Margate dates from 1925 and promotes Margate as a fashionable destination for finding entertainment such as tea dances but also emphasises the resort's health-restoring qualities.

Films in the collection from the 1950s and 60s portray the resorts as offering holiday for all the family. The films contrast the children's entertainment to be found on the beaches and at the funfair, and relaxing gardens and deckchairs for the older generation, whilst illustrating the vibrant nightlife on offer to visitors. The films suggest glamorous entertainment such as beauty contests and celebrity lead variety shows.

One of the latest films in this collection, All Go Margate from 1970, contrasts well with the way the resort is portrayed in the 1920s, offering a colourful and fast-paced portrait of the town in a television dominated era. However the film stays founded on the original promotional formula; listing the major entertainment facilities and emphasising the resort's key attraction - the golden sandy beaches.
Several of these publicity films for the Kent seaside also had versions dubbed into European languages, intended to attract foreign visitors to the resorts. However, by the mid 1970s the UK's seaside resorts were falling under increasing competition from cheaper flights from the UK to European destinations, increasing the accessibility of beach holidays abroad for British families. With this shift in popularity, and the growth in television and other advertising avenues, the seaside publicity films faded out as a tool for promoting these one time family institutions.
The films were deposited by: Margate Museum and The East Kent Maritime Trust Ltd. 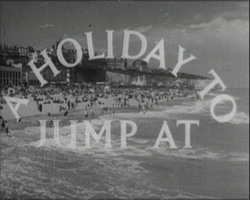 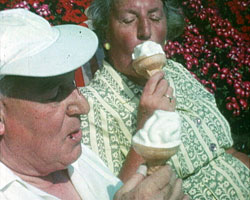 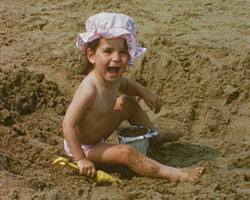