The Tunbridge Wells Amateur Film Unit produced many high quality amateur dramas as well as factual films covering scenes and events in and around Tunbridge Wells during the 1950 and 1960s. The group also made films under the name of the Regency Film Unit. The name of the group was changed to the Regency Film Unit when they met in a room of the same name. Their films Round the Town (1950s) and A View of the Wells (ca.1960) offer creative and well-structured portraits of the town of Tunbridge Wells and its residents. Other films record events such as fetes and parades, agricultural shows and firework displays.

Their fictional films offer amusing amateur dramas on subjects as varied as a bomb plot against the cricket club, a 'Cowboys and Indians' style drama filmed amongst the sandstone rocks on Tunbridge Wells common, and amusing consequences of incompetent administering of first aid. 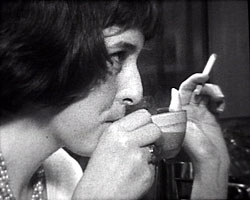