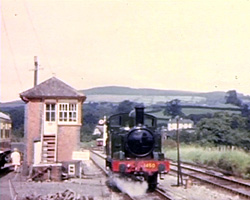 Amateur footage of a Devonshire village, and of the formal and woodland garden of Heaselands near Haywards Heath.

Jess of the Seven Hills

An amateur travelogue film visitng the South Coast of Devon, including Torquay, Brixham; Bovey Tracey; Teignmouth; along with Meadfoot beach, Cockington Village in Torquay and the seafront at Torbay.