[Holidays to the Westcountry and Scotland]

An amateur film-maker films family holidays to the South West and Scotland. The holidaymakers tour the coastline and villages of the Westcounty, stopping at Stonehenge on their way home to the South East. They visit the east coast of Scotland in the following year, stopping at Dundee and St Andrews before travelling into the Highlands. The film-maker went on to become a founding member of the Haywards Heath Cine Society. 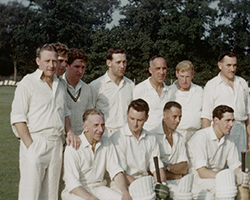