Scenes from an agricultural show in Tunbridge Wells.

An amateur colour record of the 1951 Kent County Agricultural Show. The film includes images of competition farm animals, a variety of agricultural display tents, and the making of a decorative pot on a potters wheel. The film-maker was a member of Haywards Heath & District Amateur Cine Society. 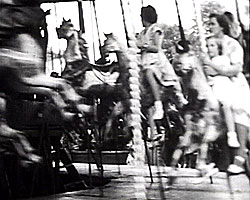 HCR: An Associated British Pathé film commemorating the Coronation of Queen Elizabeth II in 1953. The film contains images of the streets and parks of Brighton bedecked in bunting, and of the Coronation itself, as well as shots of London at night. 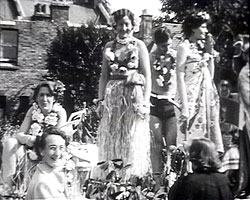 Film of the 1953 Claygate Coronation celebrations, involving a carnival procession followed by fireworks.