Two short amateur films of a fun-loving family in summer time and at Christmas.

Children sleep while Santa Claus appears in their bedroom to deliver their presents, directed by George Albert Smith in 1898. 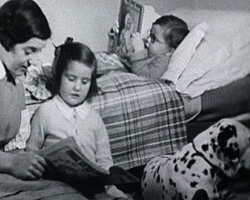