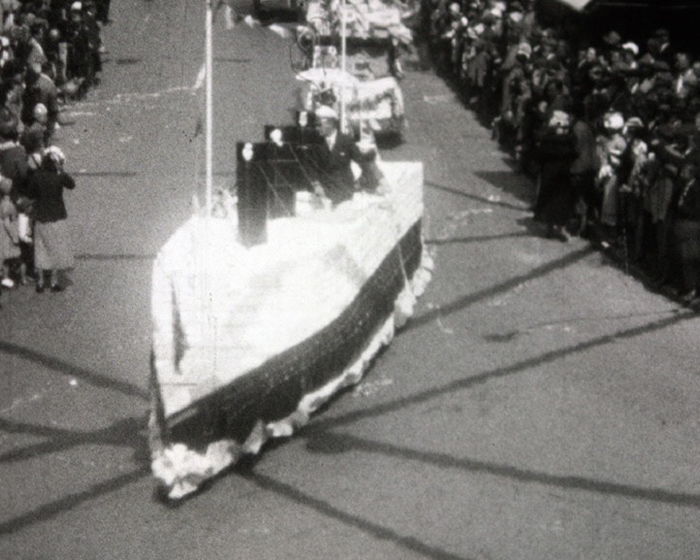 This film shows street views of Bognor Regis, with a parade of floats and crowds lining the street. The procession of people walk around decorated vehicle floats, as local societies and institutions turn out to represent their organisation. Several marching bands pass along the route.

Following the parade a group of religious clergy stand on a stage to watch a parade of men and women in sports clothing pass by. The film then cuts to a demonstration of gymnastics on a pommel horse in a large field (some in fancy dress) surrounded by spectators; followed by a active demonstration by the local Fire Brigade to put out a large house fire (reconstruction of a whole house in middle of the sports field) using their trucks, and hoses.

A parade of armed forces personnel and men and women dressed in traditional costumes from around the Commonwealth march and parade along the edge of the sports field then stand together in the middle of the field.

The film closes with a fireworks display, with fireworks presented in the shape of the heads of HM King George V and his Queen (?). The End.

Silver Jubilee celebrations were held in Bognor Regis for the reign of King George V (1910-1935) in 1935 shortly before his death.