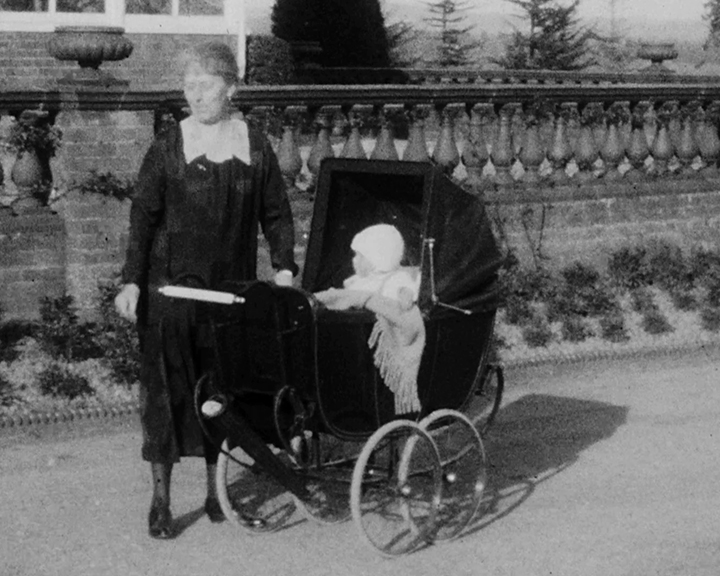 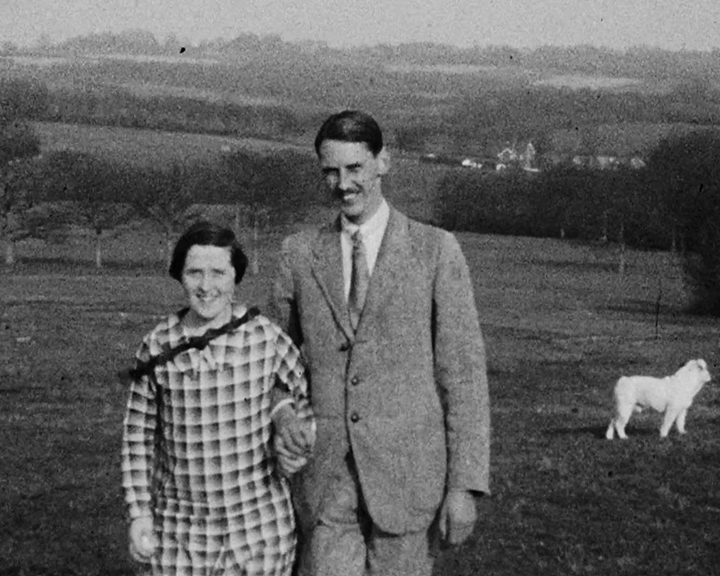 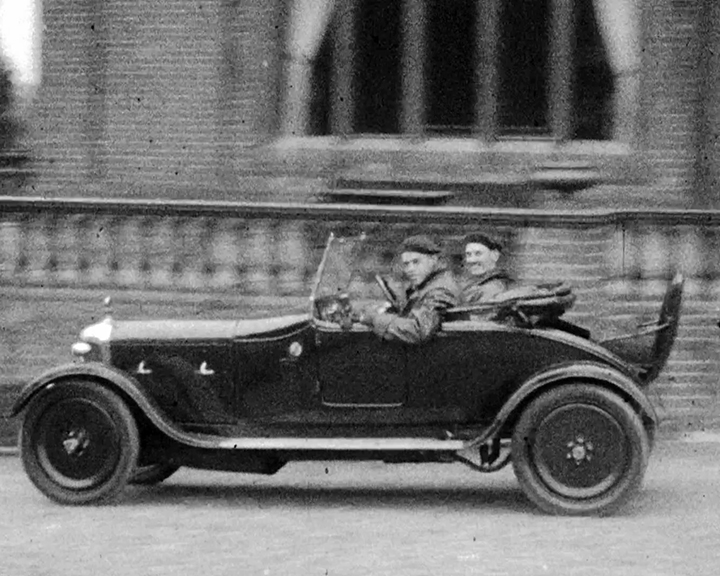 Family scenes filmed in the gardens of Foxhunt Manor at Foxhunt Green in Waldron, East Sussex, in 1926, featuring portraits of family members and staff, including maids, farmhands and stablehands, smiling, laughing and talking.

A young man in a cap and double breasted suit, Harry, plays with two dogs in the garden of Foxhunt Manor. A couple stand together at the front of the house, smiling to the camera. The young man poses next, blowing cigarette smoke towards the camera. Further men and women stand in front of the entrance to be filmed. The young man in the cap plays with one of the dogs in the garden, throwing the ball into the air. Two of the men pull up to the house in a motorcar. The woman holds her baby on one hip and smokes a cigarette with her free hand in the garden, smiling to the camera. Benches and large hedges are seen behind.

Family members play with the dogs in the garden, at the top of some stone steps. The large greenhouse is seen in the grounds while one of the women plays catch with a dog on the grass. Geese and chickens are seen in a series of coups in the grounds. Family members, all with short cropped hair, are seen in head shots, talking and smiling. The young man, now without his cap, pulls faces at the camera. The baby is seen in a large pram in the garden with her grandmother. The dogs are seen in close-up and from a distance, sprinting around the grounds. The young man walks down the stone steps in the garden with the dog. The head of the household, the film-maker behind the rest of the footage, Eugene Oakshott, sits on the same steps with one of the family dogs.

The female servants are shown in a series of head shots wearing their aprons and caps. The young man improvises a tap dance for the camera outside the house in a suit and hat, crossing his arms and feet over wildly. Further male ground staff members are seen one at a time standing in the same spot in front of a hedge in the garden. Grinning for the camera and talking to others around them. They wear flat caps and their clothes are worn around the collars. The farmhands are seen at the cattle stalls [?], wearing collarless shirts, waistcoats and caps. Two horses are pulled by a stable hand. The stable hands are shown, also in head shots. A young woman with short cropped hair and a checked dress sits in the garden, talking to the camera (mute). A man encourages a dog to leap over a fence in the grounds. The baby is seen, wrapped up for cold weather, in the pram. The man walks towards the camera, arm in arm with the young woman in the checked dress. . 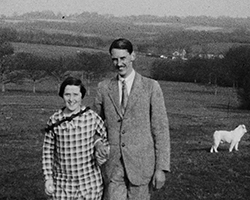 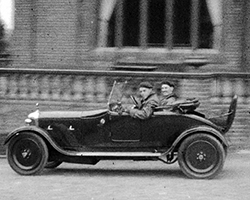