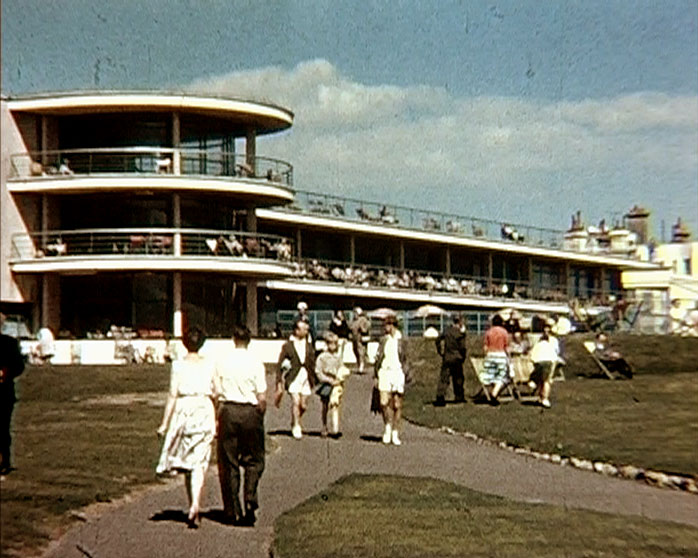 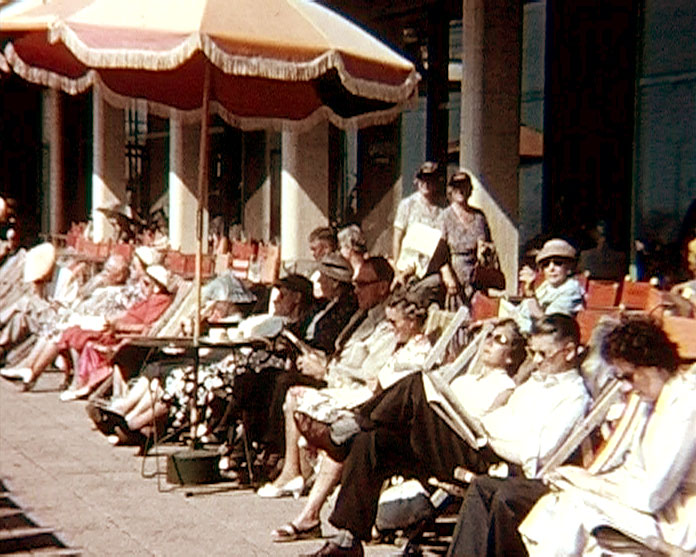 Opening with Bexhill's coat of arms, the narrator introduces us to the sunny climate of Bexhill, with scenes of families on the beach. The modernist architecture of the De La War pavilion can be seen at this point, as the narrator lists the various amenities provided by the centre at the time, such as the theatre, the sea views from the balconies and the orchestras that play twice daily. Here more shots of tourists sitting on the balconies of the pavilion.

The following shots portray the marina in Bexhill and move on to depict views of sailing boats out at sea and various men watching from the shore. The film then cuts to a shot of the mayor opening the Bexhill Regatta, rowing races follow, with crowds of spectators sitting in deck chairs on the shore. At this point the film addresses the attractions which Bexhill offers to children, showing scenes of children participating in sports competitions such as obstacle courses and egg and spoon races. Next we see children boating on lakes with their parents. Edgerton park and its lakes are then depicted, with scenes of people seated in the shade by the side of the lakes. The film then cuts to a busy playground, where children are playing on the roundabout, slides and rocking horses.

Bexhill's outdoor amateur swimming club follows, where children swim and lessons can be seen taking place. In the following shots a cricket match is taking place at the Pole Grove recreation ground, in which the narrator states that the England cricket players Dexter and Parks are batting. From here the camera cuts to the nearby bowling greens, around which spectators and participants sit watching.

The film returns back to the beach; in these scenes families sit together, some are heading into the sea, whilst other children are shown playing with nets in the rock pools. A comical shot of a little boy with an ice cream follows, whilst his parents dose in deck chairs near by. The film proceeds with views of Bexhill Carnival; we see the procession of floats passing the camera and the crowds of people enjoying the festivities and displays in the field where the carnival procession ends up. At this point we see a stunt taking place where Stan Lindberg jumps 60ft into fire and water below.

The camera then cuts to a view of 'tree-lined' Devonshire Road, where cars, buses and pedestrians can be seen. Views of parts of Bexhill which are being developed are then promoted as possible interest to the viewer; at which point shots of various new apartments and houses are shown, including bungalows and their gardens in the suburbs of Bexhill. The film finishes with various shots of light shining on the sea and the silhouettes of bathers against the sunshine in the distance. 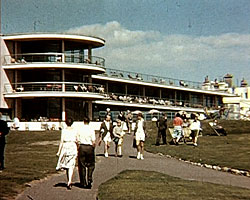 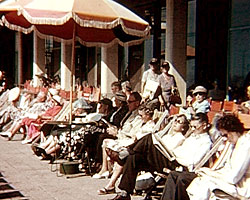