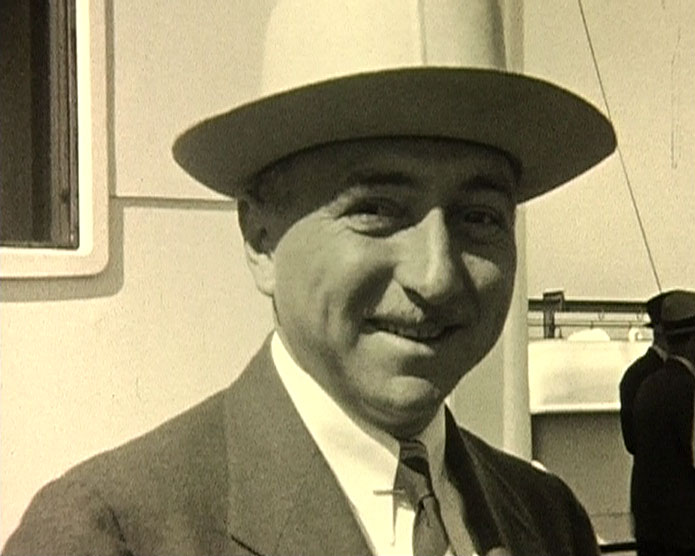 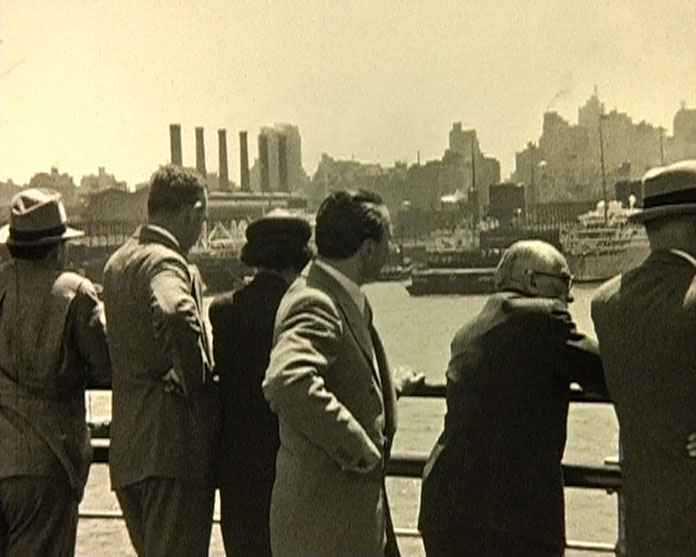 Neon billboards light up Times Square at night, before a shot of 'Roth's Grill'.

Horowitz is then filmed "going down Wall Street to his broker's office", in the words of another title, before shots of "the Stock Exchange from J.P. Morgan's office".

These are followed by footage of the trip home on the Queen Mary, as Horowitz waves goodbye from the deck as the ship leaves.

In other, black and white, footage from this trip, shots filmed on the deck of the Queen Mary, of a group of friends, are followed by scenes of the busy Southampton docks. Crowds wave goodbye from dockside. Planes are filmed passing close above the ship.

Scenes follow of ships in New York harbour, including a US Mail boat, before the Statue of Liberty is spotted in the distance. The busy bay and the Manhattan skyline is recorded.

A couple make a toast to the camera before a shot of a skyscraper. The couple are seen again, as the woman offers buttonhole flowers to the men of the group, who pay her a dollar.

The Queen Mary is filmed again from the port in New York, as people wait to board. On board the ship, a group of men pose for the camera. The ship pulls away and its passengers wave goodbye to the crowds filling the balcony of the Cunard White Star building. The Manhattan skyline is visible in the background as the ship leaves New York. There are shots inside the parcel sorting office on board, before a final look back across a busy bay to New York.

Later on, people pose for the camera on the deck of a ship before it comes back in to port in Southampton. The film ends with shots of the docks. 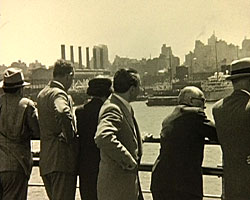