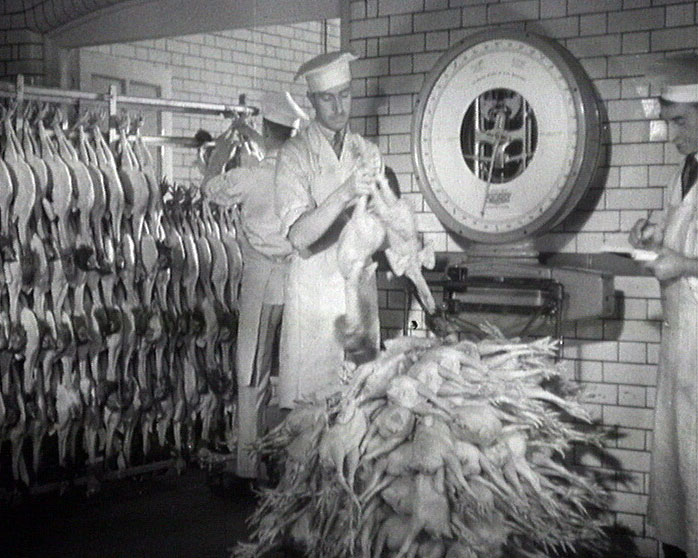 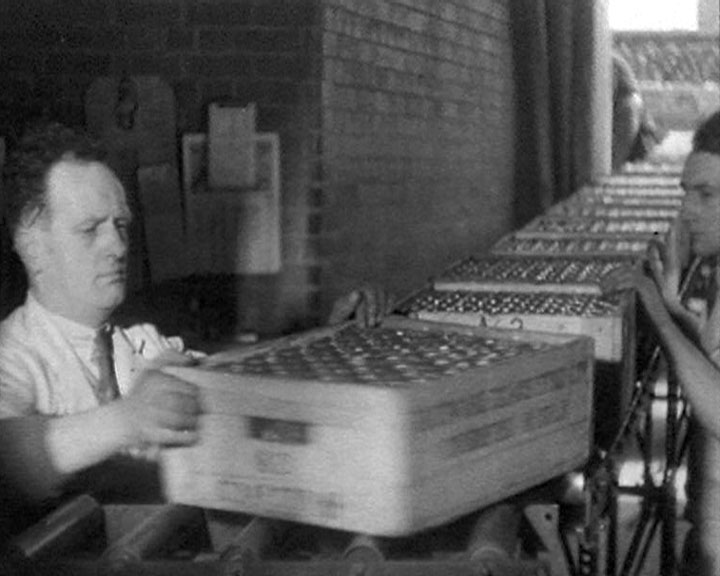 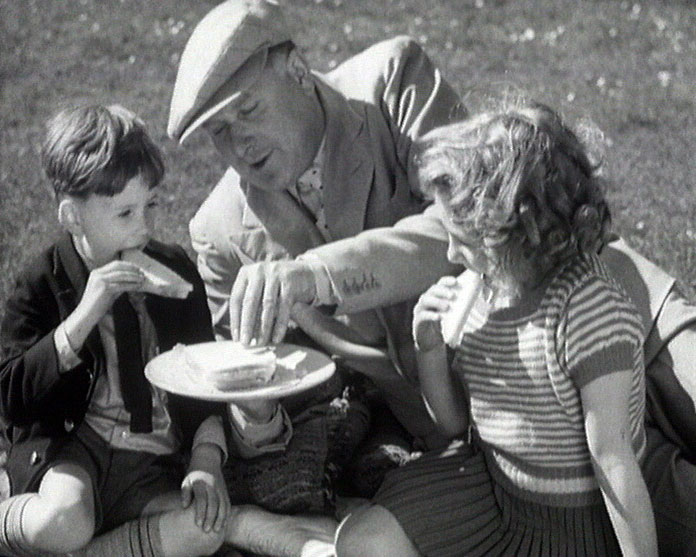 The film opens with a fanfair and the title 'Ancient and Modern'. The commentary begins, "Sometimes it is a relief to turn to the past, and nowhere in England are the relics of bygone days more impressive than in Chichester." Some of the historical buildings of Chichester are shown including the Market Cross, Bishop's Palace, the Hospital of St. Mary, the old Chapel of Gray Friars, the Roman city walls, the Cathedral and its bell tower.

Then turning to a view of Shippam's factory, the commentary states "We step out of history into modern times, for here is a factory, a model of 20th Century efficiency". Scenes around the factory demonstrate the modern standards of cleanliness, efficiency and use of technology. There are views of the delivery vans arriving, tongues being prepared in the kitchen, chickens being prepared, and the paste being made. Glass jars are washed by a "machine which is positively uncanny in its speed and efficiency". The jars are filled, sterilised and labelled by a machine described as "the last word in mechanical precision". Boxes of the jars are finally taken away on roller conveyor from this "modern factory in an ancient city". The advert ends with a staged scene of a family having a picnic at nearby Goodwood, eating sandwiches containing Shippam's paste. 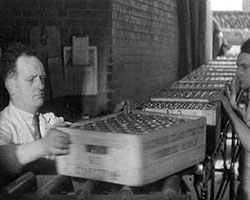 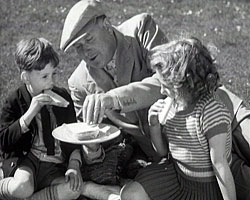